Agent Zero (real name: David North) is a supporting antagonist in the 2009 movie, X-Men Origins: Wolverine. He's a loyal servant/bodyguard towards William Stryker, and was part of Team X. Even before Zero and Logan became enemies, the two never got along.

In the film, he was portrayed by Daniel Henney (who also voiced Tadashi Hamada in Big Hero 6). In the video game adaptation, he was voiced by Robert Wu, who also voiced Mr. Washee Washee and Charles Yamamoto in Family Guy.

Not much is known about Zero's past. All is known is that he was recruited by Lieutenant William Stryker as one of the members of a group of mutants known as Team X. He, along with Blob, Bolt, Wraith, Deadpool, Sabretooth, and Wolverine, were assigned to find a metal substance in Africa, so that could, unknowingly, help Stryker create the Mutant Killer. Zero proved to be the most loyal of the seven as he remained by Stryker's side despite the other members, with the exception of Sabretooth, eventually leaving the team.

Six years after Logan left the team, William Stryker, along with Agent Zero, went to Canada to inform Logan that "someone" has been killing off their former team. Stryker offered Logan protection, but Logan wanted nothing to do with Stryker.

A few days later, after Logan's girlfriend Kayla was "killed" by Victor, and was humiliated by him as well, Logan, along with Stryker, Zero, and a large group of scientists went to Alkali Lake to implant the adamantium onto Logan's skeleton. After the bonding was successful, Agent Zero asked what they should do with Logan. To which Stryker replied that they should continue with Weapon XI, and that Logan should be terminated. However, thanks to Logan's heighten sense of hearing, he overheard their conversation. Enraged, Logan broke out and made his escape. Zero tried to shoot Logan down, but to no avail. After Logan managed to escape the base in Alkali Lake, Stryker ordered Zero to kill Logan.

The next day, Zero managed to track down Logan, taking shelter in a farm where an elderly couple lived. Zero decided to snipe down the two people. He then made up a lie to Stryker that Logan just killed the elderly couple, and had a helicopter bomb the farm. However, thanks to his quick reflexes, and accelerated healing factor, Logan managed to jump onto the motorcycle, and escape the burning barn. Zero demanded the Helicopter to pick him up, so he could keep a safe distance towards Logan. However, Logan managed to get onto the Helicopter and cause it to crash. Zero managed to survive the crash, but severely injured. After Logan threatened Stryker that once he's done with Victor and that he was next, Zero decided to mock Wolverine about how "innocent people die around him". As Logan walks away, he ignites a trail of fuel with his claws, causing the helicopter to explode and killing Zero. 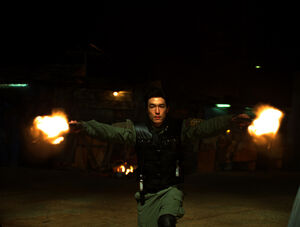 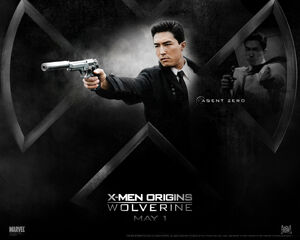 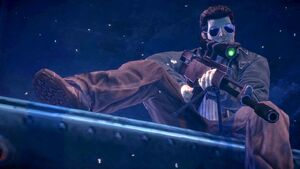 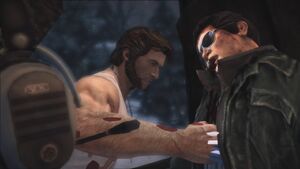 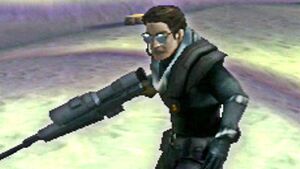 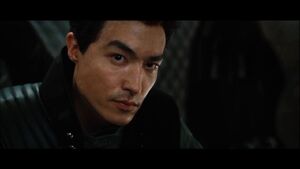