The Agents are recurring enemies in the Rebooting The Madness series on Newgrounds. They work for an unnamed organization that conducts brutal experiments. They later reappear as major antagonists in the Madness Combat Collab animation Paradigmadness 2.

When Edgar GunsForHands attacked the facility, several agents attempted to fend him off. Edgar later made his way to the control room where Professor Dordum and an unnamed individual with a red-eyepiece were. A blue-glassed agent wielding dual axes attempted to fend off Edgar but failed and was blinded when Edgar through a glass tube at his face. However, Edgar was soon taken down by Dordum with his blow-up hammer. A duo of Orange-glassed agents then took Edgar and through him in a cell.

Edgar's capture prompted the protagonist (Newton Greenshades) to come rescue him. Disguised as an agent, Greenshades killed the two agents guarding the facility. Greenshades then went around to the side and killed three more agents. Greenshades took a pair of green glasses that one of them dropped and put them on before climbing on the roof and jumping into the facility via an open roof-window.

Greenshades killed several agents before making it to the prison control room. The protagonist then ordered an agent to set free Edgar. The agent, Boomer, then decided to join up with Greenshades and Greenshades tossed him a pair of Yellow glasses. The two then met up with Edgar and the three fought off several agents as they attempted to escape.

Despite Greenshades blowing up the facility, many agents were able to survive. Several of them were seen wearing air masks. They fought off Edgar GunsForHands when he returned to the facility to revive Greenshades.

The Agents appear as allies to the Cyclops Grunts and are shown working alongside them to prevent a mysterious package from being passed along by members of a resistance group. Despite their best efforts, the Agents fail to stop the package from being delivered and it is revealed that the package contains a pair of White Glasses, the highest ranked pair of glasses worn by the Agents. 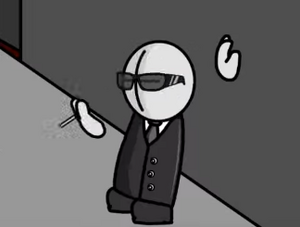 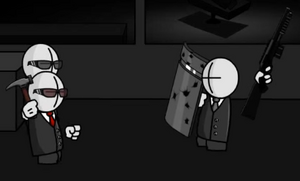 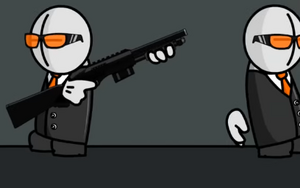 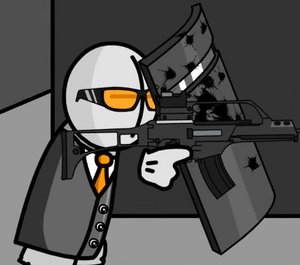 An agent with yellow glasses 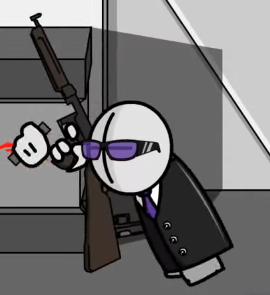 An agent with purple glasses 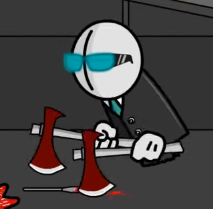 The agent who would become the Freak Plant 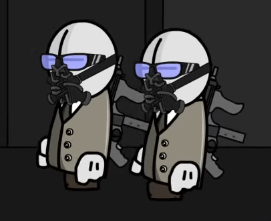 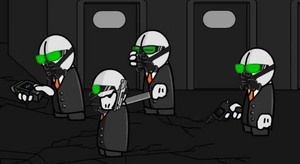 A couple of agents with green glasses wearing air masks 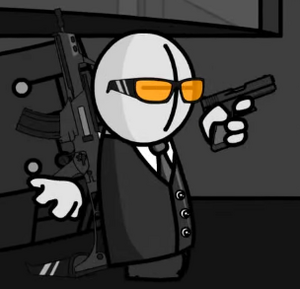 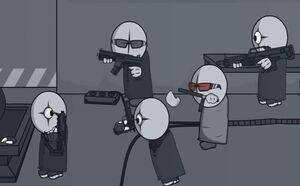 Agents working with Cyclops Grunts.
Add a photo to this gallery

Retrieved from "https://villains.fandom.com/wiki/Agents_(RTM)?oldid=3532288"
Community content is available under CC-BY-SA unless otherwise noted.