Kill everyone and make them her "family".

Agnes Lenz is the secondary antagonist in the remake of the classic horror film Black Christmas, along with her half-brother/father Billy. She also may be a killer in the original Black Christmas, but this is not revealed in the film.

In the 2006 remake, she was portrayed by Christina Crivici as a child, and Dean Friss as an adult.

In the original Black Christmas, Agnes is never shown but is talked about heavily. Her older brother Billy makes obscene phone calls to the girls of a sorority house, where he references events in his past over the phone. From what he reveals, it is assumed Agnes was sexually abused by Billy when she was very young. He then apparently hid her from their parents and her parents couldn't find her. It appears as if Billy is obsessed with his sister.

It is never revealed, but it may be that Agnes is helping Billy kill the sorority girls (this is the plot of the remake). The only evidence of this is due to the fact that it often appears as if there are TWO voices on the phone calls, one from a man and one from a woman.

In the remake, Agnes has a much larger role. It is revealed she is the inbred daughter of Billy and their mother. When she is young, her eye is ripped out in a furious rage by Billy, followed by Billy murdering their step-father and mother. She is then sent to an orphanage where she is never heard from until the events of the film.

While Billy is institutionalized, she goes back to her old home, now a sorority house, and hides in the attic.  When Billy escapes, he joins her at the house where the two becomes murderous partners. The two of them murder almost all of the girls and bring their corpses upstairs so they can have a "family" for Christmas. When her identity is revealed, she is shown all scarred from the attack from Billy in her past.

At the end of the film, she and Billy are badly burnt but they managed to survive the fire and Agnes kills Leigh by snapping her neck. Agnes then attacks Kelli in her hospital room but Kelli ends up killing her by electrocuting her with a defibrillator. Billy follows after and when he sees Agnes has died, he becomes enraged and tries to kill Kelli in revenge for her killing Agnes, only to be killed by Kelli as well. 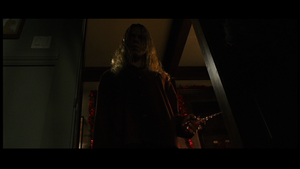 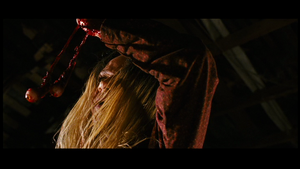