Agnol is the last Trainer in the Deep Colosseum. Wes will receive e-mails regularly from Nett on his P★DA about him after each completed stage of the Deep Colosseum challenge until the fifth time when he finally faces him.

Agnol's nickname is the Deep King, obviously suggesting that he is the King of the Deep Colosseum.

Deep King Agnol's strategy revolves around using dual-types with as few weaknesses as possible. Each of his non-Shadow Pokémon had unique type combinations in Generation III.

Just like the Cipher Admins, he may be fought multiple times in the event that his Shuckle is snagged or missed. However, the Shuckle is not replaced by another Pokémon after being snagged like most Shadow Pokémon. 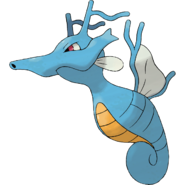 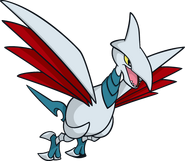 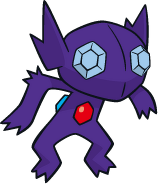 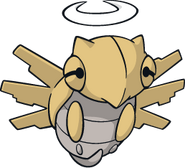 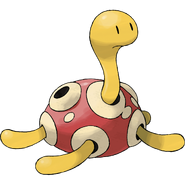 Shuckle (Shadow)
Add a photo to this gallery

Retrieved from "https://villains.fandom.com/wiki/Agnol?oldid=3990428"
Community content is available under CC-BY-SA unless otherwise noted.