Corrupt Businessmen
The Ai-Jinn Corporation, simply known as "Ai-Jinn", is an Asian corporate state within the dystopian cyberpunk future of the 26th century in the Corporation roleplaying game by Brutal Games.

The origins of the Ai-Jinn corporation are far back in 21st century China, in the industrial titan by the name of the "Lang Transit Conglomerate". It was the corporation which built most of the cars, planes, trains, and roads in Asia. Soon it became a megacorporation on which China had become dependent.

Due to the corporation's power, the Chinese government was unable to get it to split into smaller companies using legal means. Chairman Cho Yun, assigned a task force to use whatever means necessary to take them down. They started using sabotage and espionage, and eventually recruited the Triads, Snakeheads, Tongs, and Yakuza. Whom brought down Lang, killing and terrorizing hundreds of its upper tier employees.

The task force named "Ai-Jinn" decided not to give up the power they had acquired and continued their alliance with the Far East's underworld. They transferred Lang's assets and wealth to themselves and their allies. Which led the collapse of the Chinese government and it's replacement by Ai-Jinn, whom employed it's criminal allies as a sort of police force. Anyone who broke the law without the permission of the local crime syndicate was eliminated. The Ai-Jinn ended up not only heading a vast criminal empire but also an industrial titan.

It as not long before Ai-Jinn was the foremost industrial power in the world. They were so successful and efficient at what they did that other corporations agreed to let the Ai-Jinn build their facilities and do the mining as it was both more productive and cheaper than doing it themselves. Ai-Jinn's dominance in heavy manufacturing is such that they manufacture most of the world's mechs, supplying not only their own forces but those of their rivals.

During one such mining operation in Antarctica, they found an alien spacecraft which they dug up, kept its existence secret, and reverse engineered the technology. Nine months after its discovery they had developed spacecraft with the ability to travel through sub-space, becoming the only human faction possessing faster-than-light spacecraft.

Ai-Jinn has gained other technologies of alien origin since then, and it has turned out that they have formed an alliance with a rogue alien, the Archon Hyperion. To the dismay of the other corporate states and the United International Government (UIG), the rest of the Archons refuse to take away the technology from the Ai-Jinn, prevent Hyperion in continuing to deal with Ai-Jinn, or provide the other factions with alien technology to counter what Ai-Jinn possesses.

Ai-Jinn is like the other corporations and has both a CEO and a council / board. It's members are assigned ranks in the organization. There are a total of 10 ranks in the corporation, from rank 10 which is the CEO and rank 1 which is those whom just came out of training. Ranks determine your pay, bonuses, privileges, and benefits. Making up the upper 4 ranks;

Having its origins in organized crime, the Ai-Jinn corporate state continues to be involved in organized crime activities. Anyone who is arrested by the UIG is expected to sacrifice themselves for Ai-Jinn. They will even confess to a non-existent or larger crime to prevent the UIG from catching their fellow agents.

In exchange the Ai-Jinn uses all of it's legal resources to get them acquitted and if unsuccessful they will do their best to get them freed or make their time in prison as easy as they can. This has given the Ai-Jinn the strongest bonds within all corporations, as it has created the most loyal employees among the corporate states.

The Ai-Jinn corporate state is the dominant power on the Asian continent and it's dominnion covers the largest part of it both in territory (sq km) and in population. The core of the state is the Central Province which is the largest and most important province in every way (population, territory, wealth, resources, industry, and technology).

The Central Province covers what is considered to be China proper (south of the Great Wall), Mongolia, Xinjiang, Tibet, the Himalayan Mountain Range, Taiwan, the Korean Peninsula, Afghanistan, Pakistan, and the Pamir Mountain Range (southeast Central Asia). The second most important region is the Southern Province which encompasses all of Southeast Asia and Papau New Guinea. In the northeast is the Northern Province which covers Manchuria and the Russian Far East. Last is the Western Province, encompassing Iran, Mesopotamia, the Levant, and the Arabian Peninsula.

These are sub-groups that selected agents are recruited into, though they still continue to work in the division that they were recruited from.

Ai-Jinn has the largest land-army of all the corporate-states and the most technologically advanced space fleet. When it comes to it's military assets on Earth, approximately 50% are active, in which they patrol the borders, guard assets, etc. The other 50% is on standby ready to be deployed at a moment's notice. Ai-Jinn military strength;

The corporation has technology that in most areas is roughly comparable to those of the other corporate states, generally speaking. Having access to Archon technology because of Hyperion has given them exotic technologies, that either is used in small quantities (expensive and rare) or has given them a decisive advantage (space fleet). Examples of Ai-Jinn technology; 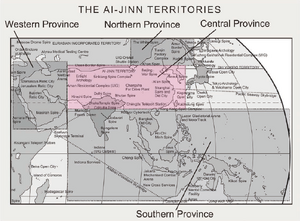 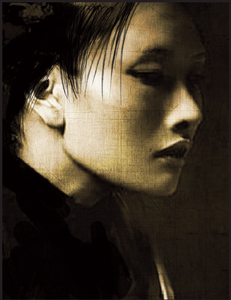 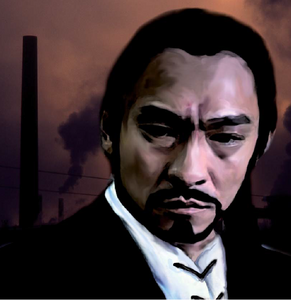 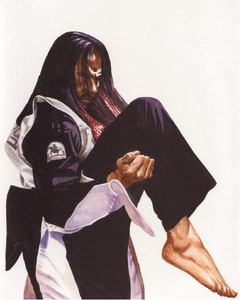 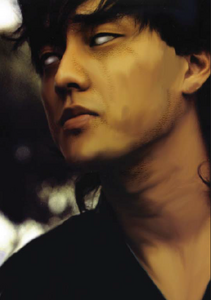 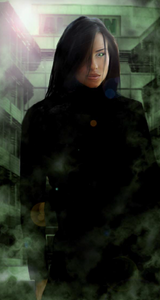 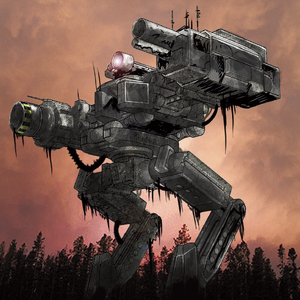 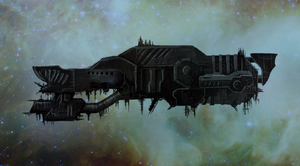 Oppressor-Class Warship (Corporation, The Dragon Awoken)
Add a photo to this gallery
Retrieved from "https://villains.fandom.com/wiki/Ai-Jinn?oldid=4039788"
Community content is available under CC-BY-SA unless otherwise noted.