Villains Wiki
Register
Don't have an account?
Sign In
Advertisement
in: Mature, Noncorporeal, Collector of Souls,
and 29 more
English

Maid of Hades (by Nanael)

Airi has long red hair in twintails and teal eyes. She is always seen wearing a French maid outfit and wielding a large scythe.

Airi is a calm, reserved, and unexcitable person, who is generally kind but will attack people if need be. However, her kindness can get in the way sometimes, as a wraith, she must feed on others' life force. She is also very "dedicated to the duties given to her by the Swamp Witch".

Although she is a spirit, Airi's body has substance. Her clothes don't, and they're just an image projected by her, that seem real in the eyes of normal people. Without sucking energy from living beings, Airi can't stay in the earthly plane. She manages to suck energy by touching directly the bodies of her victims, and she seems to enjoy it more when the victim is frightened.

To rule over the Continent as soon as possible, the witch sends an elite troop to enter Queen's Blade. Airi, liking to suck energy from beautiful women, goes to serve her master all too willingly.

Airi is an extremely competitive and powerful combatant, able to wield her scythe with great accuracy. Airi can summon "lesser spirits" to entrap enemies, summoning a multitude of ghost-like beings to hold down a foe. Although she is capable of flight, Airi usually prefers close range combat, so she can consume her opponent's life force. When Airi drains life force, she needs to be near enemies- the life energy flows from the opponents' mouth into Airi's mouth, and Airi usually accomplishes this through a kiss.

To escape a losing battle, Airi will become incorporeal, although it can take a few seconds to accomplish. When Airi assumes incorporiety, her maid costume disappears, leaving a white set of undergarments, and then her clothes disappear, and then she herself disappears as well. Airi also possesses rapid regeneration abilities (Although not like Melona's regeneration, which is due to her amorphous nature) - her injuries healing quite quickly after attacks. Her outfit is also tied to her health status and concentration, and will vanish if she is relaxed or low on energy. 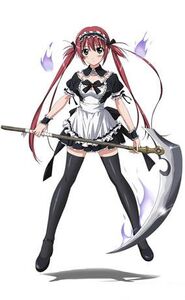 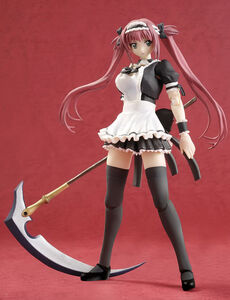 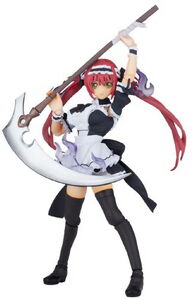 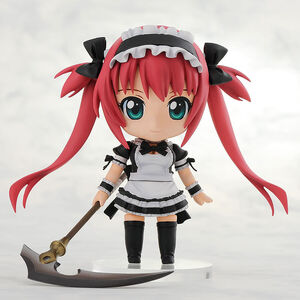 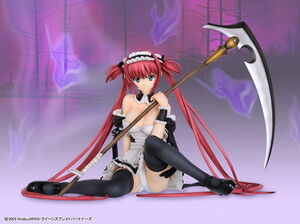 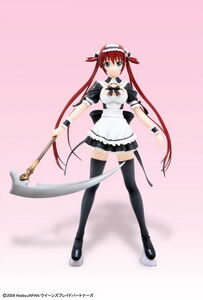 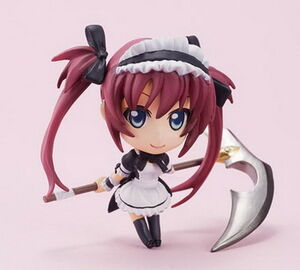 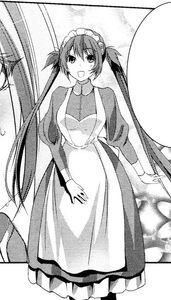 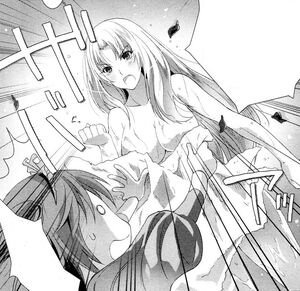 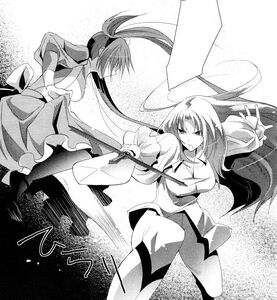 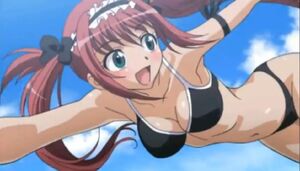 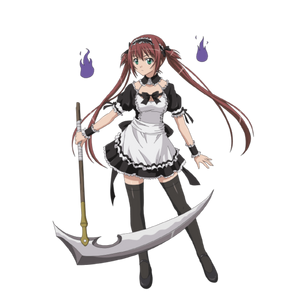 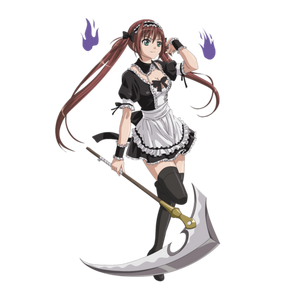 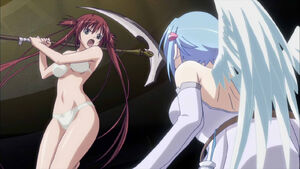 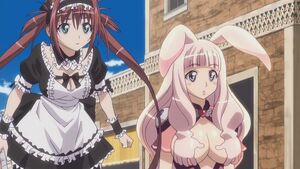 Airi with her partner Melona. 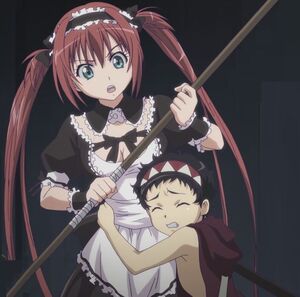