Harassing and attempting to kill Wade

Make Wade Wilson pass harsh tortures and physical experiments in order to mutate him and lie him that he can fix his scarred look (succeeded).

Kill Deadpool, kill his girlfriend Vanessa and then to create powerful superhuman slaves from the program in order to sell them to wealthy clients worldwide and let them have the option to do whatever they want in them (all failed).

Francis Freeman, also known as Ajax, is the main antagonist of the 2016 superhero comedy film Deadpool. He is based on the character from Marvel Comics.

He was a member of the Weapon X Program and the man responsible for the creation of Deadpool. He was also a powerful mutant who gained enhanced physical attributes and an immunity to pain. After finding out what the treatment did to him, Deadpool makes it his life goal to hunt down Francis and force him to reverse the program.

He was portrayed by Ed Skrein, who also played Zapan in Alita: Battle Angel, Borra in Maleficent: Mistress of Evil and Thomas Alexander Upton in TAU.

Taking Wade to the Experiments of Weapon X

When Wade Wilson suddenly collapses one night and is diagnosed with multiple organ cancer, he reluctantly leaves his girlfriend Vanessa to undergo an experiment to cure his cancer. There, he is strapped to a bed and introduced to the head of the facility, Francis Freeman. Wade continuously insults and mocks Francis, much to the latter's displeasure. Francis tells Wade that he will be injected with a special serum and, in order for the serum to trigger a mutation, subjected to days of torture methods as this is the only way to cure him. Francis also tells Wade that he himself was once subjected to the same procedure and that the mutation granted him enhanced physical attributes & immunity to pain. He also claims that Wade will hardly become a superhero as after the mutation has spread, Wade will be sold to the highest bidder and be forced to work for him, be it as a killer or as a gardener.

After torturing Wade for days without triggering the mutation, Francis decides that there is only one way to succeed and straps Wade into an airtight chamber, telling him that the oxygen level in the chamber will be lowered until Wade is about to faint. Oxygen will then be pumped into the chamber to keep Wade alive, but will be pumped out again.

Subjected to this kind of torture, the drop in oxygen triggers the mutation in Wade that removes his cancer and makes him nearly immortal due to the powerful healing abilities, but severely disfigures his face and skin in the process. He then tells his assistant Angel Dust to put Wade in the chamber again, not because it's necessary but because he wants to. However, Wade steals a match from Angel and ignites it in the chamber, causing a giant explosion when the oxygen is pumped in again. The explosion causes a fire in the entire facility and when Francis returns to extinguish the fire, he is attacked by Wade. Both engage in a brutal fight in the burning facility and the battle ends with Francis impaling Wade on the ground, leaving him in the burning ruins as he believes him to be dead.

Confronting Wade as Deadpool for the second time

However, Wade survives, now driven by his lust for revenge, and resurfaces as the masked Deadpool. As he thinks that Francis can heal his disfigured body, he goes after Francis' associates to make them talk. However, most of them do not talk and are therefore killed by Deadpool. When Deadpool interrogates the man who recruited him for the therapy, nicknamed Agent Smith, he is told where Francis is. Deadpool tortures Agent Smith nonetheless.

Meanwhile, Francis and his men meet with a Russian warlord, who is buying some of Francis' "superheroes". After the deal is concluded, Francis's convoy drives off and is attacked by Deadpool on a highway. After killing all of Francis' men, Deadpool attacks Francis, who is riding a motorcycle. After stopping the man, Deadpool violently kicks and beats Francis, impaling him with his sword and demanding a cure for his disfigurement. However, before he can do more, he is suddenly interrupted by the X-Men members Colossus and Negasonic Teenage Warhead. Colossus, who wants to recruit Deadpool to the X-Men because he believes that Deadpool has the potential to be a hero, argues with Deadpool and during this argument, Francis draws the sword pinning him to the barrier out of his body and drives off.

As Deadpool took off his mask when fighting Francis, Francis now knows that Wade Wilson is still alive. Francis and Angel head to the bar Wade frequently visits and find a picture of Wade with Vanessa. Weasel, Wade's best friend who witnessed this, calls Deadpool and tells him that he has to go back to Vanessa to protect her. However, when they arrive at the strip club Vanessa works at, Deadpool discovers that she has been kidnapped, and Francis and Angel Dust tell him to meet up with them on a decommissioned aircraft carrier at a scrapyard. Deadpool convinces Colossus and Negasonic to help him, and the trio take a cab to the scrapyard.

The Final Showdown and Death

When the trio arrived at the scrapyard, Colossus and Negasonic fight Angel Dust while Deadpool slashes through an army of goons on his way toward Francis. Onboard the air carrier, Deadpool witnesses Francis shutting Vanessa in the oxygen chamber before grabbing two axes and fighting Deadpool. To save Vanessa, Deadpool throws one of his katanas at the chamber, piercing the glass and allowing Vanessa to cut her ties with the blade. After Francis lodges a knife into Deadpool's brain in order to stop the healing factor, Vanessa frees herself and grabs the katana, using it to stab Francis from behind. With the knife stuck in his brain, Deadpool struggles to stay conscious until he pulls it out to resume his fight with Francis.

Below the air carrier, Negasonic fights Angel and uses her destructive power to defeat her, thereby destroying the pillars that are supporting the air-carrier. This causes the air carrier to topple over. During this incident, Deadpool loses sight of Francis, who is hit by a container and thrown off the falling carrier.

However, Deadpool is later attacked by Francis when he tries to get to Vanessa. After a short fight, Deadpool knocks down Francis and demands that Francis cures him. To his surprise, Francis starts to laugh and asks Deadpool whether he really believed in a cure. Furious, Deadpool mocks Francis for revealing that the only thing Deadpool kept him alive for did not exist. He grabs a gun to shoot Francis but Colossus stops him, telling him that sometimes being a hero is decided by sparing a life instead of taking one. Colossus continues to preach to Deadpool about the responsibilities of a hero, only to be stopped when Deadpool shoots Francis in the head, killing him nonetheless and ending his mutation creating for good. This causes Colossus to vomit though.

Francis has the very means to fight Deadpool. Despite that, he is shown as a scientist and a "regular" man wearing a brown skin jacket. Francis has equipment such as:

Francis is an extremely sadistic, homicidal, callous, greedy, and manipulative man who enjoys antagonizing Wade. He is also insidiously calm, and never loses his temper with anyone, even when he is in extreme pain. Ajax does not react too much to frustration or anger, but admits enjoyment in causing others agony when it is possible for him. His hobby is to be with his servant or possible lover, Angel Dust, who is also a member of the Weapon X Program and also a powerful mutant, and to torment Deadpool as much as he can for fun. A cruel and ruthless monster inside and out, he serves as the hated archenemy of Deadpool, as well as his accidental "creator".

He is extremely confident in his own abilities and believes himself to be infallible. This leads to him being arrogant, egotistical, and narcissistic, which is more prominently evident in him taunting Wade with the fact that he has no cure for the latter's condition - there is no cure - which prompts Wade to shoot him. He does show some insecurities, as when he states that he wishes he was as immortal as Deadpool; nevertheless however, Francis (or Ajax) absolutely doesn't value anyone's lives, and shows no concern towards his own servant, Angel Dust.

Ajax talking with Wade in the laboratory. 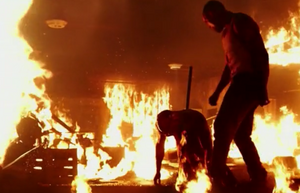 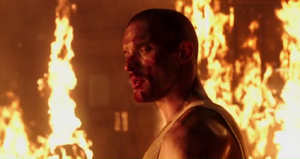 Ajax leaving Wade for dead in the laboratory. 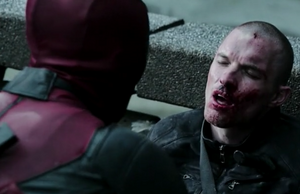 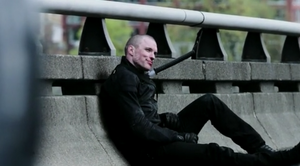 Ajax pinned to the railing, to no effect, while listening to Deadpool's and Colossus's argument. 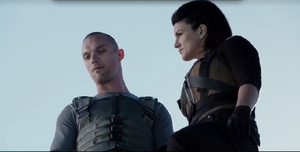 Ajax with Angel Dust in the helicarrier scrapyard. 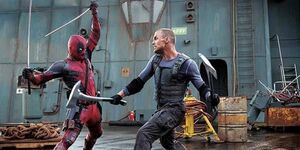 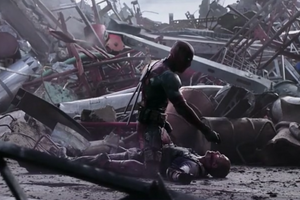 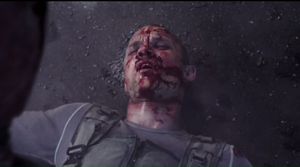 "You stupid idiot. Did you really think there was a cure...for that?"/

Ajax tauntingly asking "what's my name" a final time before Deadpool dismisses it. 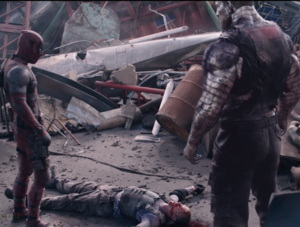 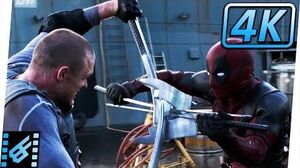 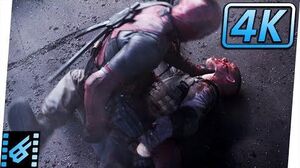