Ajedrez Barillo is one of the antagonists of the 2003 action film Once Upon a Time in Mexico.

She was portrayed by Eva Mendes.

Ajedrez Barillo is a DEA agent who was hired by Sands (whom she is often associated) to spy on El Marachi and she works with the Mexico government. She was also daughter of Armando Barillo. Ajerez had romantic relationship with Sands as her lover. She was inserted for heading the story of El Marachi's legend and love.

Ajedrez helped her father to get plastic sugary even she betrayed Sands which allowed her father's doctor to gouged his eyes which left him blind. In the climax of the movie during coup against led by General Marquez with her father's help, Ajedrez comforted and taunted Sands after betrayed Jorge before she was killed by him after they were kissed. 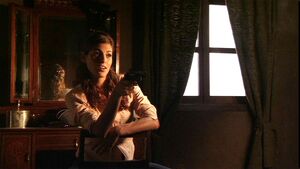 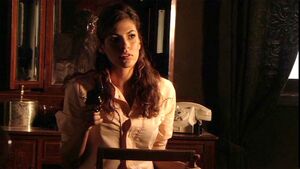 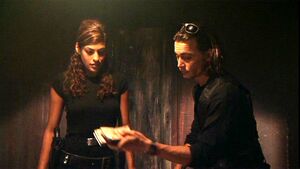 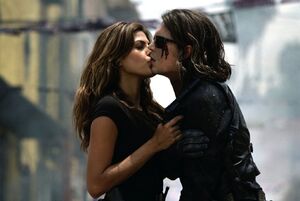 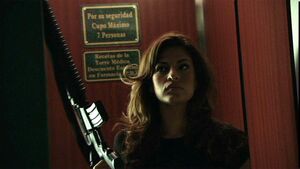 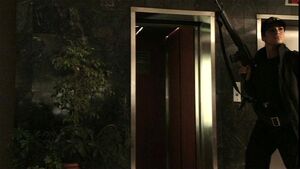 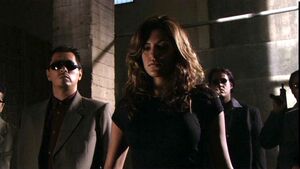 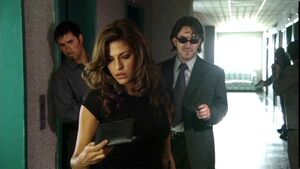 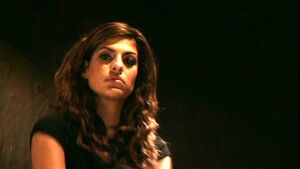 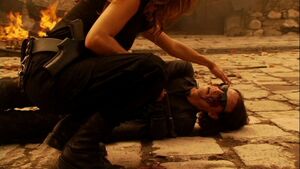 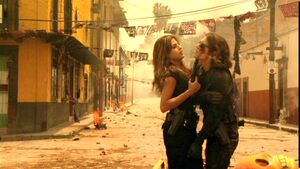 Add a photo to this gallery
Retrieved from "https://villains.fandom.com/wiki/Ajedrez_Barillo?oldid=3525965"
Community content is available under CC-BY-SA unless otherwise noted.