King of the Alvarez Empire

Arrogant Wizard
Ajeel Ramal is a minor antagonist in Fairy Tail. He is a member of the Spriggan 12.

He appears along with Invel, Dimaria and August to greet the emperor. He is also the one to notice the getting away of Makarov and chases the Fairy Tail members until more Fairy Tail members arrive. During the invasion he's the first one to arrive and sends his troup to invade Fairy Tail. He's then confronted by Erza and overwhelms her until Lucy defeats Marin and Natsu defeats Bakel destroying Ajeel's ship.

After being heavily wounded he tries to overwhelm Erza and uses his strongest attack, but is defeated by a combination of Bisca's Jupiter and Erza's Nakagami Armor. Like other members he appears during the Spriggan 12 meeting.

After Gildarts takes on God Serena's Historia, Ajeel tries to attack them, but is stopped by Elfman and Lisanna. He then starts to overwhelm them, but after a long battle he is defeated by the duo. Then his grandfather Yajeel appears and says, that Ajeel has fought enough. After the war, Ajeel returned to Alvarez.

A year later, he became the king of Alvarez, who doesn't wish to cause wars any longer. It was also revealed he taught Max his "Raml Sayf" attack, which Max used to defeat Doom. 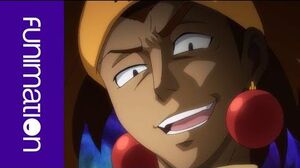 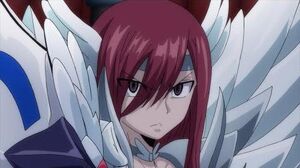