Aki Tsukino (in Japanese: 月野 亜紀) is one of the antagonists of the 2013 anime series Kotoura-san.

Aki is a very tall woman with short black hair, and almost always keeps her eyes shut. She works as a detective among the Japanese police force.

Her other personality is quite evil and sadistic, which had opened up after many years of pain and jealousy all bottled up from her childhood.

Aki was bullied during her schooldays due to her timid personality combined with her unusually tall height. And during all of these years, her split personality developed.

Her split personality became infamous among the town as a serial killer. In Episode 8, Haruka inadvertently reads her mind and faints from the overwhelming images.

Aki finally personally confronts Haruka in Episode 11 and tries to kill her, but is stopped by Manabe. The two manage to hold out just long enough until the police arrive and arrest Tsukino. 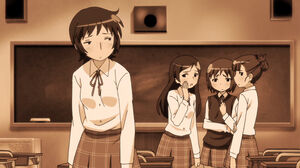 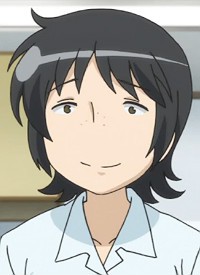 "Normal" Aki with her eyes open. 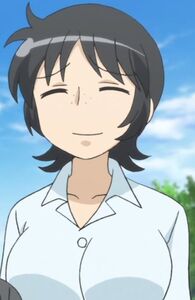 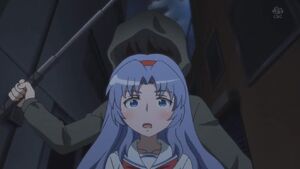 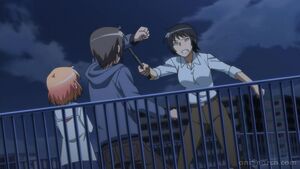 Manabe blocking off Aki's strike.
Add a photo to this gallery

Retrieved from "https://villains.fandom.com/wiki/Aki_Tsukino?oldid=3612490"
Community content is available under CC-BY-SA unless otherwise noted.