Akio Othori (in Japanese: 鳳 暁生, Ōtori Akio) is the main antagonist of the Revolutionary Girl Utena manga and anime. He is the chairman of the Ohtori Acedemy. The brother of the Rose Bride Anthy, Akio was once the godlike Prince Dios who gave up his divine nature for human pleasures. The punishment that was meant for him, he passed on to his sister. 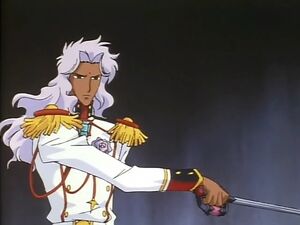 Retrieved from "https://villains.fandom.com/wiki/Akio_Ohtori?oldid=3441856"
Community content is available under CC-BY-SA unless otherwise noted.