Lieutenant of the European Union Army

Fighting for the European Union.

Ensure victory of the European Union.

Akito Hyuga is the titular character and the anti-hero protagonist of Code Geass: Akito the Exiled. He is a Japanese exile fighting for the European Union (despite being hired to not have Europeans die) against the military forces of the Holy Britannian Empire and their inside supporters; Euro Britannia.

Akito is one of many Japanese exiles that lost their home following the Britannian military invasion and colonization of Japan in 2010 a.t.b. In the year 2017 Akito is hired by the European government to serve in the European Union Military against Britannia and in return he and his Japanese comrades would receive citizenship and a home in the EU. He is a Lieutenant of the EU military division the W-0, a European Special Forces division made up of boys and girls from Area 11 that pilot Knightmare Frames to help the European Forces advance. Akito and his comrades have very little survival rates, which doesn't concern the Europeans. During a mission to help the 132nd Regiment escape from Narva, Saint Petersburg, Russia, Akito had a 5% survival rate and many of his fellow troops were using their Knightmare Frames as bombs and launched countless suicide bombings against the Britannian Forces, however Akito refused to commit suicide and showed impressive skills against the Britannian Forces as he methodically destroyed every single Britannian Sutherland and killed all Britannian Forces both ground troops and their commanders. 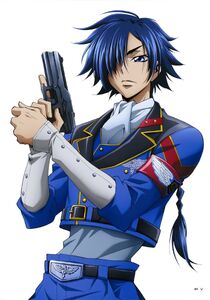 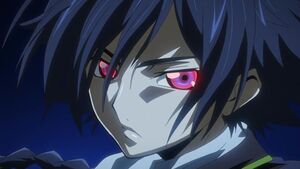 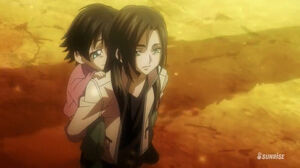