Villains Wiki
Register
Don't have an account?
Sign In
Advertisement
in: Super Sentai Villains, Kids, Related to Hero,
and 46 more

General of the Gorma Tribe

Defeat Kou and the Dairangers.

Akomaru is the child general of the Gorma Tribe forces and is a major antagonist in Gosei Sentai Dairanger. He is the son of Lieutenant Colonel Shadam and is later revealed to be the half-brother of Kou of the Howling Star/Kibaranger.

He was portrayed by Shohei Shibata.

After many failures by the Gorma Triumvirate to defeat the Dairangers, Akomaru was sent in by Gorma Emperor XV to take charge of the Gorma invasion, outranking Shadam despite being his son.

With Kou of the Howling New Star having joined the Dairangers Kibaranger, Akomaru sought to corrupt him to turn him to the Gorma's side after discovering his identity. After Shadam regains favor with the Gorma Emperor and retakes command, Akomaru goes off on his own to defeat Kou, capturing Kou's mother to force Kou to fight him. During the confrontation, Won Tiger's battle with the Three Ladies causes a rock to fall onto Akomaru and kill him.

After Shadam opened up the gate to Hell, the Gorma Emperor brought back Akomaru from it. Knowing that Kou's birthday was the deadline for him becoming a Gorma, Akomaru made another attempt to turn him. With assistance from Ikazuchi, Akomaru attempted to fight off the Dairangers before they could save Kou before his birthday.

However, it was then that Akomaru discovered the truth, that Kou was his twin brother whom Shadam had had with a Dai woman, making Akomaru half-Dai. Shook by this discovery, Akomaru goes back into the cave where Kou and his mother are and makes peace with his brother. 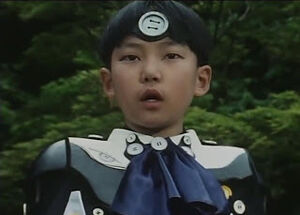 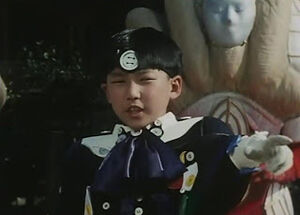