Conquer the surface and enslave humanity.

Mechanically Modified Demons
The Akuma Clan (アクマ 族) are the main antagonists of the 1975-1976 Tokusatsu series Akumaizer 3. They are a race of demons who modified themselves with machinery and live underground in the center of the Earth, known as "Downworld". As their resources are becoming scarce, the Akuma Clan seeks to conquer and enslave humanity in order to use them to power their advanced machinery.

The Akuma Clan resides in Downworld, a location at the center of the Earth that houses a second miniature sun. The living conditions in Downworld are extremely harsh and thus to survive all Akuma Clan demons are modified with machinery at birth, turning them into cyborgs. The Akuma Clan possesses advanced technology that is far beyond that of Earth and many of their members are also skilled in magic.

The Akuma Clan seem to be a very militaristic society, with many of their members drafted into their army. The military of the Akuma Clan is mainly comprised of low-level Aguma soldiers commanded by higher-ranked "Captains" who serve under the master of the Akuma Clan, Mezalord.

The Akuma Clan originated as a race of monsters who lived underground and developed advanced technology to convert themselves into cyborgs to better adapt to their underground surroundings.

As their resources began to become scarce, however, the Akuma Clan launched an invasion of the surface world, seeking to use humanity as slaves to power their machinery and sustain their society. However, Xavitan, a demon born to a human mother and demon father, did not want to wage war with humanity and instead chose to protect them from the Akuma Clan's attacks. In response, the Akuma Clan sent two enforcers, Evil and Gabra, to bring Xavitan to face tribunal for his betrayal. After Xavitan defeated the pair but spared both their lives, the two joined up with him to become the Akumaizer 3 and defend humanity. 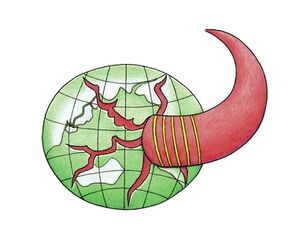 The logo of the Akuma Clan. 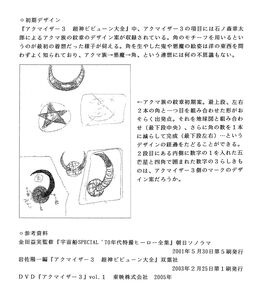 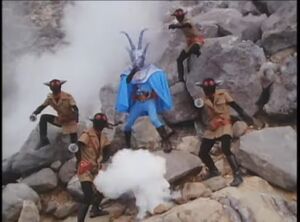 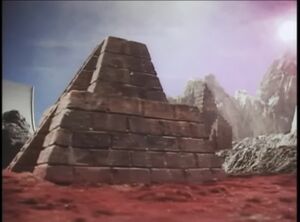 Downworld, the home of the Akuma Clan. 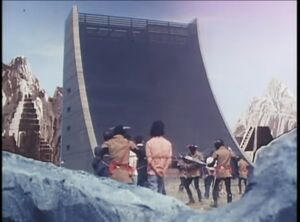 Humans being taken to the base of the Akuma Clan. 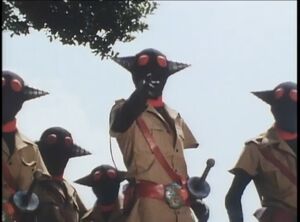 The footsoldiers of the Akuma Clan.