Having fun.
Killing humans or yokais as games.

Get his original body back (formerly).

He is voiced by Junichi Suwabe in the Japanese Version and Brandon Potter in the English Version.

As yokai, he had red hair with two white horns on hair, golden/yellow eyes and point ears.

As Kirihito, he had black hair and red eyes.

He was an infamous yokai that has been living for at least 600 years. He worked with Tomoe, wreaking havoc to the world. They were unstoppable until Tomoe fell in love with the human Yukiji. After being captured, he was sent to Yomi-no-Kuni and lived there for a long time until the soul of a young, recently deceased, boy named Kirihito Mori came to him and asked him to send an apology to his parents because they had fought just before his death. Akura-Ou accepted out of boredom and curiosity and hence took up the boy's body, waking in a hospital room and being hugged by "his" mother. After some time, Akura-Ou regained some of his followers despite being in Kirihito's body. Two of which were two cat-masked shikigami. He soon decided he wanted to get his original body back from Yomi-no-Kuni. Kayako fell in love with him sometime after and he used her to try to get into the God's Summit. When she failed, he left her, finding her no longer useful.

He first met Nanami while she was being chased by the fallen gods. They were angry at her for being a human yet dared to accept the invitation to the God's Summit. Akura-Ou then insulted them as being a lower status than her causing one fallen god to hit him, giving him a serious injury. This angered Nanami, who then used Mamoru to repel the gods. She attempted to tend to Akura-Ou's wounds, but he refused her help and attempted to kiss her, making Nanami panic and flee. He then went to Yomotsu Hirasaka and opened the Kyo Gan Mon in an attempt to get his body back. However, Nanami and Otohiko came to guard the gates since the original guard was currently at the God's Summit, disrupting Akura-Ou's plans. Tekkimaru, one of his yokai followers, immediately held Akura-Ou hostage in defense so that Otohiko would not attack them due to Akura-Ou being human, though they did not know of him being Akura-Ou. Tekkimaru then jumped into Yomi-no-Kuni believing it will give him an immortal body, bringing Akura-Ou together with him. Immediately, Tekkimaru rotted due to not being a god. Akura-Ou's human body began to rot as well. In fear for his safety, Nanami jumped in after him. He woke up before Nanami within the Yomi-no-Kuni. He got a lock of her hair and wrapped it around his wrist to protect him from rotting. Soon they were fetched by the servants of the god of Yomi-no-Kuni named Izanami. Nanami asked Izanami to send them back, she replied that only Nanami could go and that Akura-Ou could not due to his body already being dead. After which, Akura-Ou was snatched up by a giant hand and disappeared one of the cells. He had flashbacks in the darkness and wondered if everything that had happened was only a dream.

He was soon rescued by Nanami but could not understand why she did so. He hugged her fiercely, marveling at her warmth. She pulls away, saying she belongs to Tomoe, to which he is intrigued by. She led him to the entrance but it was blocked by Ikusagami, the war god. However, they were soon rescued by Tomoe and brought back to the world above. There, he attacks him, but then looks at Nanami and decides to do it another time. When he is suffering as the human body he is using cannot sustain him for long, Nanami gives up a part of her life force to help him, but he takes much more reducing her life span. It is here when Nanami sees Akura-Ou in him and realizes the truth. He leaves her alive barely only because she might be useful later but it is assume he has slight feelings for her. This idea is reinforced when she says that she and Tomoe belong to each other, and he wonders why those words "pierce" him. 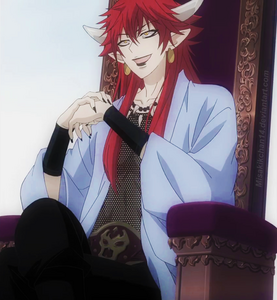 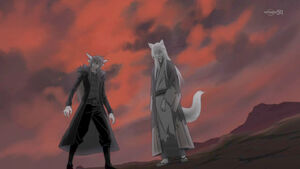 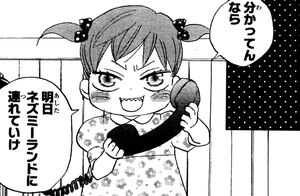 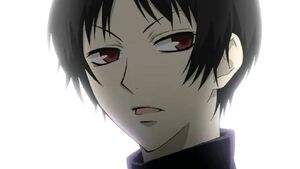 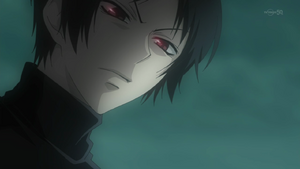 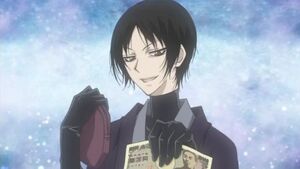 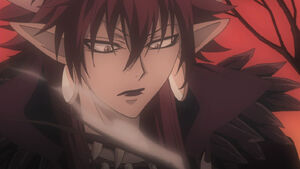 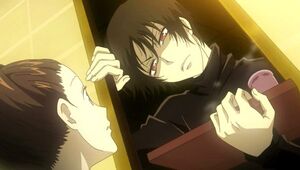