Enforcing the tyranny of Jark Matter

Akyanba was one of the three Vice-Shoguns of the Space Shogunate Jark Matter and a major antagonist in Uchu Sentai Kyuranger.

She was voiced by Arisa Komiya who previously played Yoko Usami/Yellow Buster from Tokumei Sentai Go-Busters and was played by Yuri Hori in her human disguise.

Akyanba was summoned alongside her fellow Vice-Shoguns by Don Armage and tasked by him with the eliminating the Kyurangers.

After Tecchu's death, Akyanba and Kukuruga received the task of defeating the Kyurangers. She enacted a scheme to turn Naga Ray over to the Jark Matter's offering to release his emotions, brainwashing him into her personal warrior Hebitsuki Metal. However, Naga Ray was eventually redeemed and returned to the side of the Rebellion.

Akyanba later posed as the manager of Pop idol Hoshi Minato when he was possessed by Don Armage. After their cover was blown, Akyanba engaged the Kyurangers and was destroyed by the combined powers of Hebitsuki Metal, Tenbin Gold, Chameleon Green, Kajiki Yellow, and Washi Pink.

She was later rebuilt by Jark Matter scientist Doctor Anton along with the other two Vice-Shoguns and merged together with them to form Akyachuuga. The combined monster was later destroyed by Kyuren-Oh, Ryutei-Oh and Gigant Houou. 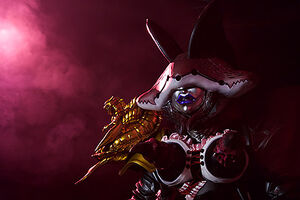 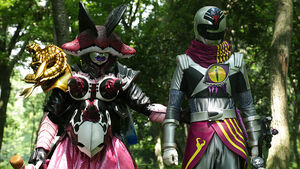 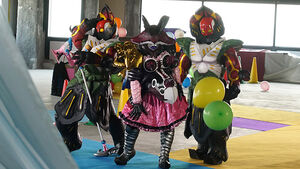 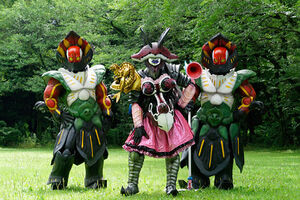 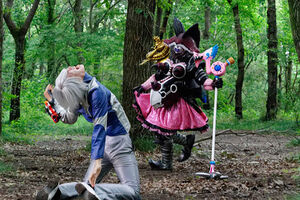 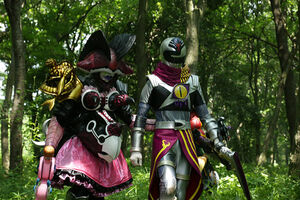