The King of Chicago

King of the Chicago Gangsters
Scarface

The Adventures of Tintin (caricature only)

To get rid of Tintin (failed).

Tintin in the Congo

Tintin stopped one of Capone's operations in the Congo, and at the end of the adventure, discovered that Capone was the mastermind of an operation of diamond's smuggling. Al Capone and his cronies rule over every illegal market in the USA. Capone plush in the Metropole Hotel in downtown Chicago, ensure they could continue Torrio’s Chicago operations.

Tintin, along with his dog Snowy, arrived in Chicago to stop Capone. Resentful of the reporter who stopped his illegals activities in Africa, the gangster ordered his minions to get rid of the boy reporter. His arrival is eagerly awaited by the gangsters, who kidnap him as soon as he gets off the train. He nevertheless escapes and then loses track of the bandits in a car accident. The next day, Tintin fell right into Capone's trap. Tintin knocked out Capone and tied up the gangster, along with two of his henchmen. Then he tells a police officer he captured Capone but the police don't believe him and knocks him out with a baton. This allows Al Capone to escape. A rival leader, Bobby Smiles, decides to recruit Tintin to eliminate Al Capone. Faced with his refusal, Smiles tries to kill him twice, without success, and is then forced to flee after the arrest of his gang.

Capone then sent a letter to Tintin's hotel room, warning him to take a train to New York. Tintin, however, dismissed this threat. 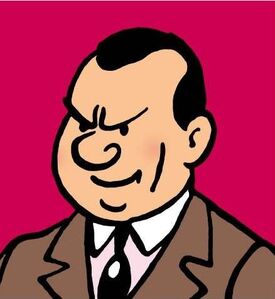 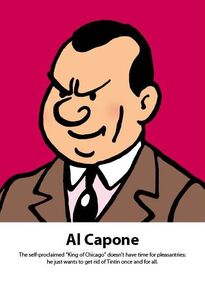 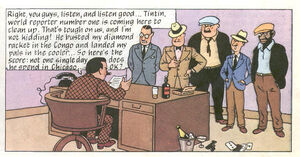 Capone giving orders to his gangsters to get rid of Tintin. 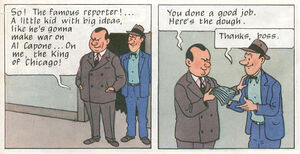 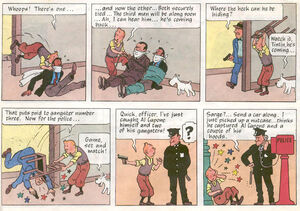 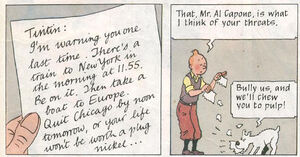 Capone sends Tintin a threatening letter.
Add a photo to this gallery

Retrieved from "https://villains.fandom.com/wiki/Al_Capone_(Tintin)?oldid=4246868"
Community content is available under CC-BY-SA unless otherwise noted.