Heads of the Parent-Creature Association

Continue to upkeep their social ranking.

To make more profits from Abomination magic (both ongoing).
Get Luz, Willow, and Gus expelled from Hexside (briefly succeeded).

Alador and Odalia Blight are minor, yet pivotal antagonists in the Disney Channel series The Owl House. They are the parents of Amity Blight and the Blight twins Emira and Edric. They are responsible why Amity was behaved like that before she met Luz.

Much like Amity, both are skilled in Abomination magic and head of Blight Industries, a company that produces and markets abominations, plus accessories and weapon systems that utilize the slime-like material used to construct such creatures.

After Amity accidentally sets her former childhood friend Willow's memories on fire, she and Luz are forced to go into her mind to repair them.

They encounter Willow's conscience, or her "inner" self, and she tries to set Amity ablaze. Before she could finish her off, Amity reveals the truth as to why she ended her friendship with her: when her witch powers came in, her parents did not want her to continue being friends with Willow due to their desire of keeping up their reputation.

They then mention having arranged for Boscha and Skara, children of their coworkers, to be her new friends. Amity tries to refuse this pointing out that they were mean. However, they then threaten to ensure that Willow would never be able to attend Hexside thus forcing Amity to end her friendship with Willow.

Unbeknownst to them, after Amity made amends with Willow, she ceases being enemies with her and promises to protect her from Boscha and the other bullies.

During the scene where a young Eda is dueling her sister Lilith for a spot in the Emperor's Coven, Eda transforms into the owl beast for the first time and is made an outcast. In a brief moment, two prominent figures are displayed: a brown-haired boy and a girl with green hair. It is implied that the two are Amity's parents when they were younger.

Odalia and Alador are holding a private Blight Industries demonstration of a security Abomiton Soldier for investors and uses her daughter Amity to display its combat capabilities, but when Amity's photo of Grom night falls out of her pocket, she instantly destroys the abomination, causing the attendance to leave as sales for the Abomination plummet rapidly. Odalia figures that Amity's friends are a distraction, and the next day, she forces Principal Bump to expel Luz, Willow and Gus from Hexside, as Amity watched regretfully. Luz confronts them as they leave, and Odalia offers Luz a deal to get them back in school: that she take Amity's place in another showcase of Blight Industries' new weapons. Luz agrees and takes a battering from the weapon demonstrations, struggling to resist with her glyphs, until a new Abomiton 2.0 model attacks her, which Odalia intends to have Luz completely eliminated with. However, Amity interferes, finally standing up to her parents and demanding they allow her friends back into school or else she will destroy the Abomination. Odalia falsely agrees, secretly intended to rescind the deal, but Alador reminds her that Blights always uphold their end of the bargain. Luz and Amity then feign defeat, allowing sales to go back up.

After this, Alador and Odalia are visited by the Golden Guard, They kneel before the emperor's emissary, who informs them that their weaponized products and efforts will now be sold exclusively to Emperor Belos, before warning them he does not take kindly to citizens producing a private army. 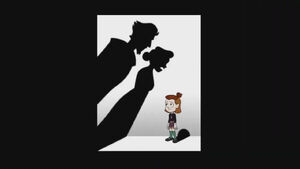 "What is Willow doing here? She wasn't on the guest list for a reason. " 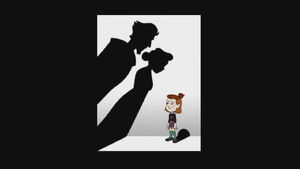 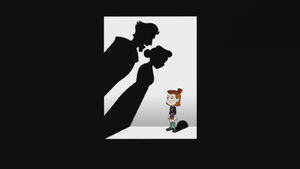 "Nonsense, Blights only associate with the strongest of witchlings." 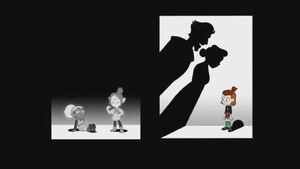 "You can choose a new friend from one of the suitable companions we invited." 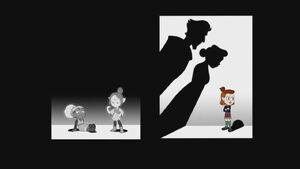 (Amity: But they're mean! Just because you work with their parents doesn't mean I have to like them!) 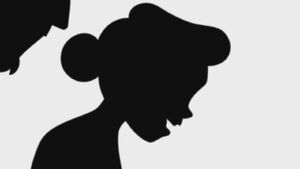 "Good children don't squabble, dear, sever your ties with Willow, and if you don't-" 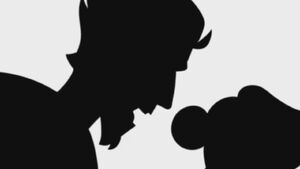 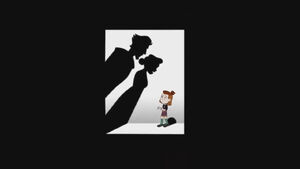 "We'll make sure the kid is never admitted into Hexside. Now go, and try not to make a scene." 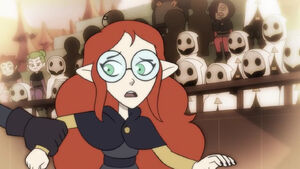 The two students in the background implied to be Amity's parents. 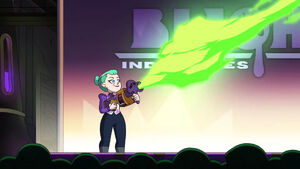 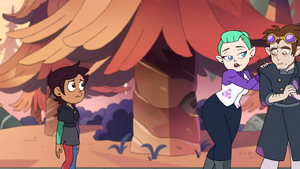