Ali and An
Alan and Ann (DiC dub)

Revitalize the Hell Tree/Doom Tree to prolong their lives.

Affably Evil Aliens
Alan and Ann are minor anime filler villains who appeared in the 90s anime adaptation of Sailor Moon R. They were main villains in the early portion of the anime. Although in roles of villains, they were far more misguided than actually evil.

Unware of their full origins, Ali and Ann were the sole surviving members of a race that were born from the Hell Tree who desired company on its home world and nourished its children with love. But the alien race grew greedy and eventually driven themselves to near extinction with the Hell Tree leaving the dead world with the young Ali and Ann. But the Hell Tree grew weak so Ali and Ann, who were unware that it needed love to survive, came to Earth and assumed human identities to steal life energy from humans to save the tree and ultimately themselves.

Eventually, the Sailor Guardians discovered Ali and Ann's true identities, and they fought them in the Hell Tree's room as the aliens deemed Usagi to be the one they needed. But the Hell Tree, driven mad from the aliens' attempt to save it, lashes out with Ann fatally wounded protecting Ali. But Sailor Moon convinces the Hell Tree to stop and allow her to purify it after the tree reveals the history of Ali and Ann's people and that love is it need to live. Once healed, the seed containing the Hell Tree revives Ann as she and Ali leave Earth to start anew elsewhere in the universe. 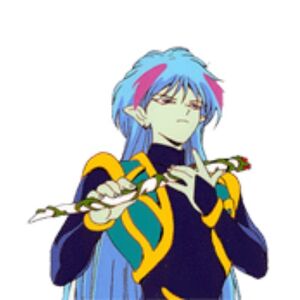 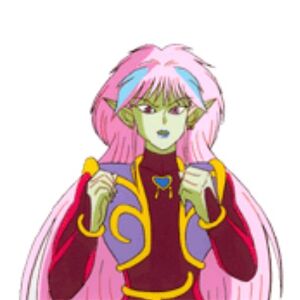 Ann
Add a photo to this gallery

Retrieved from "https://villains.fandom.com/wiki/Alan_and_Ann?oldid=3363274"
Community content is available under CC-BY-SA unless otherwise noted.