Picasso with a Razor

Release Lucifer from his imprisonment.

Alastair is a demon appearing on the TV series Supernatural. He served as a supporting antagonist of the show's fourth season.

He was portrayed by Mark Ralston in his first two appearances, Andrew Wheeler in his third, and by Christopher Heyerdahl in his last three.

Alastair was once Hell's Grand Torturer. He tortured John Winchester in an attempt to get him to break and torture, for a hundred years (in Hell time; the Earth equivalent was one year) but the latter wouldn't break before he managed to escape Alastair and Hell.

Alastair soon tortured John's son Dean Winchester every day for thirty years (in Hell time; the Earth equivalent was three months) and repeatedly offered to spare Dean from torture if Dean agreed to torture souls himself. For thirty years, Dean angrily rejected Alastair's offer but eventually broke and took to torturing other souls in Hell for the next ten years, unwittingly breaking the first of the 66 seals keeping Lucifer from escaping his cage.

Dean was later rescued by angels led by Castiel and returned to Earth to stop the Apocalypse.

In "I Know What You Did Last Summer," Alastair is sent by Lilith to capture Anna Milton, a fallen angel reborn as a human with no memories of her life as an angel. He takes on a vessel and reveals his identity to a shocked Dean before attacking them, he proves to be incredibly strong and is immune to Sam Winchester's psychic powers, as well as Ruby's demon-killing knife. With great effort, the Winchesters and Ruby manage to escape from Alastair.

In the following episode "Heaven and Hell," Anna learns of her true nature and, along with the Winchesters and Ruby, goes to reclaim her grace (the part that made her an angel), but Alastair, Castiel, and Uriel are in hot pursuit. It then turns out that Uriel already has Anna's grace. Alastair then kidnaps Ruby and tortures her until she reveals where the Winchesters and Anna are hiding but wants to accompany them. Alastair, with a wounded Ruby and a couple of demon lackeys in tow, arrive in time to meet the angels, who have also found Anna, and a skirmish breaks out between the two sides. Although his henchmen are quickly killed by the angels, Alastair proves tougher and is able to beat Castiel to the ground. He then tries to send Castiel back to Heaven but is stopped by Dean who he attacks but stops when Anna recovers her grace from Uriel and creates a blast of energy that destroys Alastair's host but he escapes.

Alastair resurfaces in "Death Takes a Holiday," trying to break another seal by kidnapping Reapers and killing them on the last night of the harvest. Sam, having grown stronger in his demonic powers, is able to fight back against Alastair, but he flees. Later, after the Winchesters journey to the astral plane, Alastair catches them and mocks them about how they normally do the same thing to ghosts (which they have basically become, only they're still alive). However, they manage to break Tessa, one of the Reapers that Alastair has captured, free with telekinesis, and she, in turn, frees them. Alastair then confronts Dean but is ambushed by Castiel and the angels and imprisoned.

In "On the Head of a Pin," Castiel and Uriel recruit Dean to torture Alastair to get information as to who is killing angels. However, Alastair enjoys the suffering, and he taunts Dean, revealing that he also tortured John Winchester, Dean's father and that the latter never gave in but Dean did and broke the first of the 66 Seals by torturing souls in Hell. He eventually breaks free (secretly helped by Uriel) and proceeds to beat Dean to within an inch of his life, then savagely beats Castiel and prepares to send him back to Heaven but is stopped by Sam, who uses his increased powers to kill the demon.

In "When the Levee Breaks," Sam, while detoxing from demon blood, hallucinates Alastair torturing him in Bobby Singer's panic room. 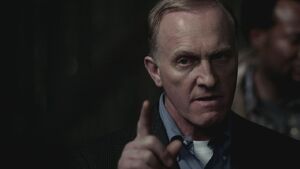 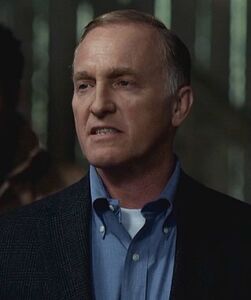 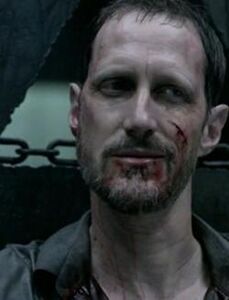 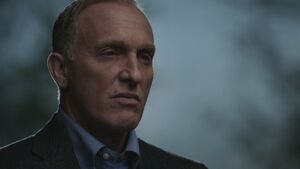 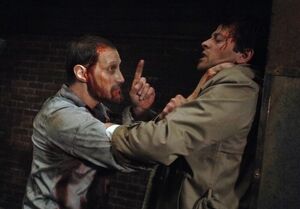 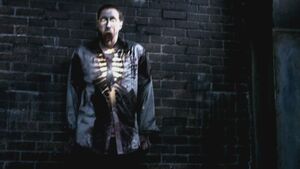 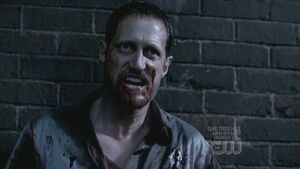 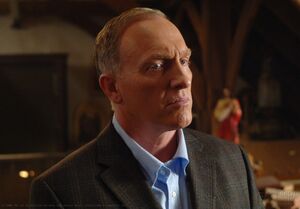 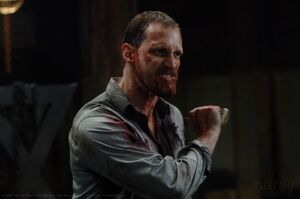 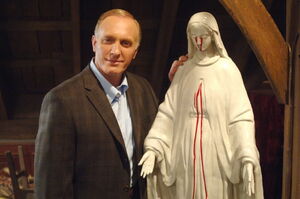 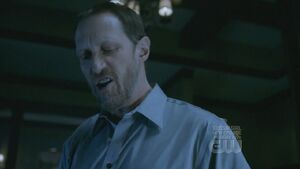 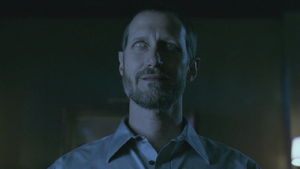