Get rid of his boredom.

Alastor, also known as the Radio Demon, is the anti-villain of the adult animated YouTube series Hazbin Hotel. He is one of the most famous and dangerous sinners in Hell.

He is voiced by Edward Bosco in his normal voice while his singing voice is provided by Gabriel C. Brown.

Alastor is dressed in a dark red suit with a tie. He has pale skin, a spiky yellow grin and red eyes. His hair is red and brown and he has two little antlers on the top of his head. He also has a monocle and carries a microphone staff with him. His voice sounds like it's muffled through an old speaker and occasionally a laugh track accompanies what he says.

Alastor is clearly cruel, sadistic and extremely violent. He likes to showcase his power and carnage to everyone. Despite being extremely powerful, he tends to get bored and lacks inspiration. He seeks entertainment which he still gets out of others' suffering. But to achieve that, he is willing to be supportive and kind. He always smiles and is creepily cheerful and upbeat all the time.

When Alastor was alive, he was a serial killer and radio talk show host. He was said to have been accidentally shot by a deer-hunter, explaining his little antlers, but given this was said before the release of the first episode it is implied to be outdated, as currently it has been said to be due to a dog-related incident. When he appeared in Hell, he possessed unimaginable power, stronger than that of any mortal before him. It was unknown what exactly led him to such strength. He wreaked havoc and committed atrocities only to broadcast them so that everyone could witness them.

He shows up at Charlie's hotel and wants to help her out. Alastor saw her appearance on the news and liked her passion. He doesn't think it's possible to redeem demons, but he is bored and wants to watch the chaos of them trying to reform and repeatedly failing unfold. He summons a few other demons so the hotel has more staff and gives her tips on how to improve. 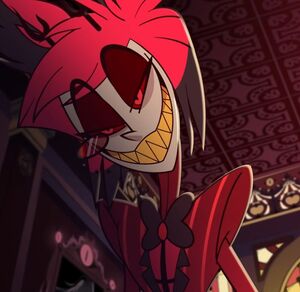 "And a stage is a world filled with entertainment." 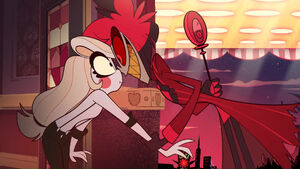 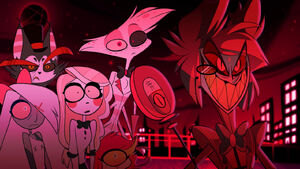 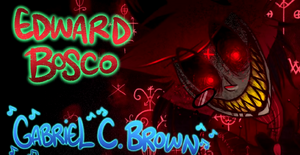 Alastor in the credits. 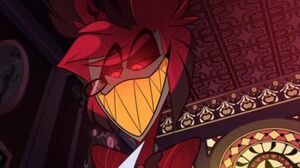 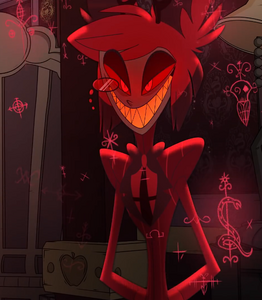 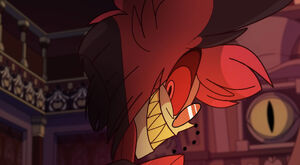 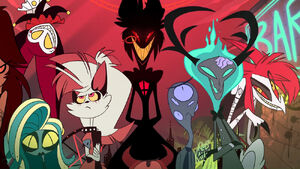 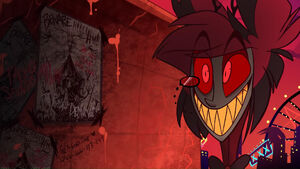 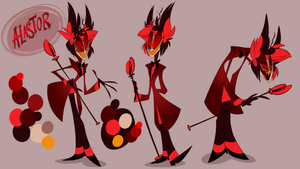 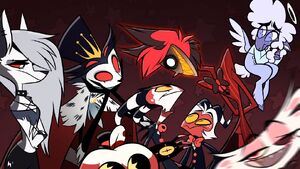 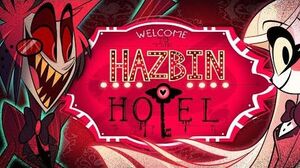 HAZBIN HOTEL (PILOT)
Add a photo to this gallery

Retrieved from "https://villains.fandom.com/wiki/Alastor_(Hazbin_Hotel)?oldid=3835173"
Community content is available under CC-BY-SA unless otherwise noted.