Taking care of his twin brother.

Albert Benton, also known as Clean Slate, is the titular main antagonist of the Unsub episode "Clean Slate". He is a delusional serial bomber who hated his own body's needs and desires and wanted to destroy various places that represented them.

He was portrayed by Kevin Spacey, who also played Buddy Ackerman in Swimming with Sharks, Keyser Söze in The Usual Suspects, John Doe in Se7en, Rufus Buckley in A Time to Kill, Hopper in A Bug's Life, Lex Luthor in Superman Returns, Clyde Northcutt in Fred Claus, Micky Rosa in 21, David Harken in the Horrible Bosses duology, Dr. Nerse in The Cleveland Show, Frank Underwood in House of Cards and Jonathan Irons in Call of Duty: Advanced Warfare.

Albert was born on March 27th, 1952 in Seattle, Washington. Little is known of his early life, but it can be assumed that he had to take care of sick relatives for most of it, because his mom, grandpa, and twin brother all got cancer. From seeing his relatives bed-ridden and eventually succumbing to their sickness, Albert developed into a germaphobe. When he was fourteen, he set fire to a field and was arrested, but was released back into the custody of his parents. Albert continued taking care of his sick relatives, until they eventually passed and he was left taking care of his twin brother.

Somewhere in the 80's, Albert got a job as a college teacher, where he checked out a book called "Anti Insurgent Strategies for Domestic Law Enforcement Vol 2". The book had a diagram and instructions on how to make a homemade pentolite bomb. Harboring a serious self-hatred of his own body, Albert began building bombs in order to destroy places that represented the senses, desires, and temptations of the body. His first bomb destroyed the office of a Japanese perfume company, the second destroyed a magazine stand, and the third destroyed a candy store and injured a little girl named Gina Angelo. After each bombing, Albert mailed a letter to the Seattle Ledger. Hearing about his goddaughter being injured, justice department psychic, Tony D'Agostino investigates the bombings.

Seattle PD respond to the report of another bomb, placed under a manhole cover, but when a bomb squad officer attempts to remove it, it explodes and kills him. 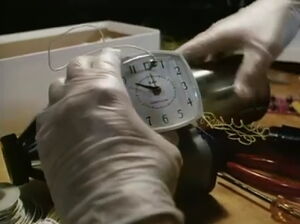 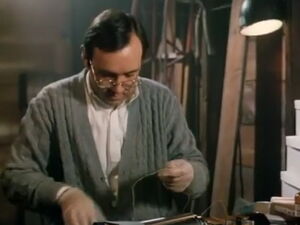 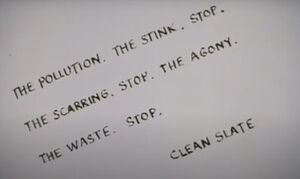 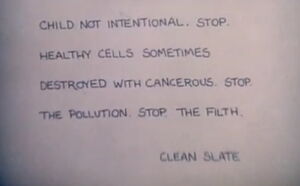 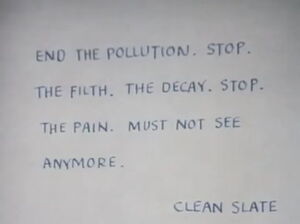 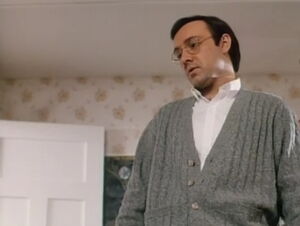 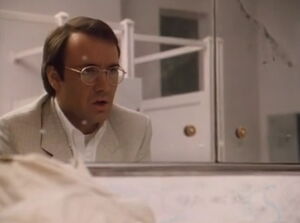 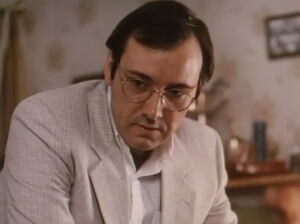 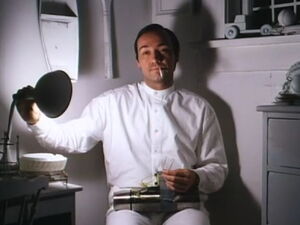 Tony finds Albert, attempting to build his last bomb and kill himself. 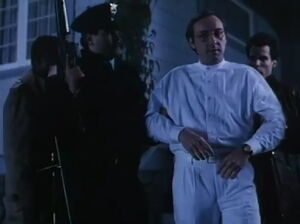