Be with Natasha (failed).

Albert Tadeus Wessler is the main antagonist of the crime investigation Noir game Chicken Police - Paint it RED! He is the twin brother of Ibn Wessler and was sent to a psych ward because of him killing their mother, who then became obsessed with his brother's girlfriend Natasha. Albert then mutilated, murdered and impersonated his brother's identity just so he could be with her, leaving two detectives Sonny and Marty to expose him for his criminal acts.

He is voiced by Fanos Xenofos.

Albert is a anthropomorphic rat who shared an identical resemblance of his brother (Before mutilation). Like everyone else in the story, he has no colors for his appearance due an unknown loss of color in Clawville, making his appearance strictly black and white. He stands shorter than most characters, being under five feet. His outfit is a Mommesilk

Albert Wessler is a man who suffers from a severe degree of a obsessive multi-personality disorder. The disorder is so extreme that Albert thinks he is some sort of fusion of him and Ibn, to the insane degree of thinking his brother's ghost is apart of him. He can be very sneaky with his false natures to anyone to give a suspect on him, but he is also unhinged on his relentless, pursuing to get what he wants and can be very possessive in making sure he gets it.

Albert's personalities are so extreme that he himself admits that he doesn't know if he's Albert or Sonny, neither can he name himself properly from the two. He claims to have some deep love for his brother, and says that it is something people wouldn't really understand, when it was evident that he was more into what he picks to be his favorite than who he loves. Not to mention he was envious over his brother, given Ibn was more favorable to Natasha than him. His lust for Natasha outweighs his claims for his "love" for her, as he gave the statement that if she found out who he is, he would kill her and then himself. Not to mention that he really likes to draw detailed paintings of a naked Natasha, showing that he loves her looks than she is on the inside. But the creepy drawing hobby to his character doesn't end there, in his psych ward room he draws all sorts of imagery that present the inner layers of his psychology.

Albert has been described to see his psych ward room as more of a lifestyle he considers to be home than a place for the mentally ill, feeling comfortable in it and pays close attention to the detail of the area. He can provoke someone's personal life, like when he was mentioning Sonny's wife Molly having a connection to Natasha, which angered Sonny to high heavens over him mentioning her as he knew it would make him mad. There has been speculation from Sonny that Albert could be a coward, addressing along the lines that he's not as tough as he makes himself out to be. 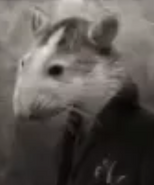 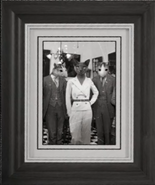 The Wessler twins with Natasha. 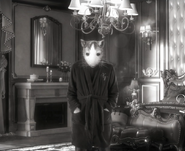 Albert Wessler in his room. 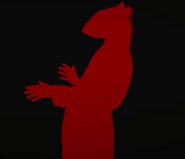