Albi Briscu is a major antagonist in the second season of Law & Order: Organized Crime.

He was portrayed by Vinnie Jones, who also portrayed the Juggernaut in X-Men: The Last Stand, Drake in Escape Plan, Rommel in Garfield: A Tail of Two Kitties, Sebastian Moran in Elementary, and Danny Brickwell in Arrow.

Briscu is an Albanian gangster who represents the final remnant of the old-school style of European crime syndicate. He is extremely intelligent, dangerous and powerful and does not like anybody getting in his business. Briscu is the uncle of gangster Reggie Bogdani, and the husband of Flutura Briscu, whom he rescued from the Kostas' human trafficking operation.

Briscu works for the Kosta Organisation, an Albanian drug empire. Reggie desperately tries to impress his uncle and make him see him as one of their own. However, when Detective Elliot Stabler goes undercover as Eddie "Ashes" Wagner, an ex-con who is known for committing a string of arsons, he does not get on Albi's good side at first. Reggie notifies Stabler about the rules: never look Albi in the eye, because it is a sign of aggression, never contradict him and never make a promise you cannot keep. However, Albi grew to trust Stabler as days go by and Stabler become a father figure type guy to Reggie. However, Albi's boss, Jon Kosta, does not like Stabler at first and thinks that he cannot trust him but eventually welcomes him into the gang.

Albi once murdered a man named Tristan Vucaj and ordered Stabler to cover up the murder and make it look like he died in a fire. Stabler believed that the Kosta Organisation didn't order him to kill Tristan and believed it was personal. Stabler later found out that Albi was Bisexual after catching him in a gay bar. When Albi found out, he kidnapped Stabler, held him hostage and attempted to murder him. Stabler told Albi that Tristan was falling in love with him and that he doesn't care if he is bisexual and he will do as he says. Albi revealed that he killed him because he didn't want anybody to find out he was bisexual and in his culture it is forbidden. Stabler earned Albi's trust and Albi set Stabler free. Stabler kept the secret from everyone in the Kosta Organisation but notified his squad about the confession Albi made. 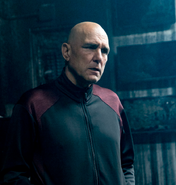 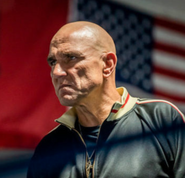