Access to countless weapons
Support from the local militia

Arming Makarov and his allies.

Ship and supply arms to clients around the world.

Aid Vladimir Makarov and the Ultranationalists by supplying them (both succeeded).
Escape from arrest and/or defeat Task Force 141 (failed).

Alejandro Rojas, also known as Alex the Red, is a minor but pivotal antagonist in Call of Duty: Modern Warfare 2 (as well as the 2020 remaster of the same name). He is a Brazilian arms dealer and smuggler who was protected by the local militia whom he armed as well. He is also a member of the Inner Circle who supplied its leader Vladimir Makarov with weapons needed to wage war against the United States. Because of his connections, Rojas becomes a target for Task Force 141.

According to the opening cutscene in the mission "Takedown", Rojas was originally a low-level munitions clerk for the KGB during the Cold War. He served on behalf of the Soviet Union and eventually worked his way up the latter of the KGB ranks. He was eventually tasked with overseeing Soviet connections overseas in the Far East and South American trades, a buffer zone between governments and mercenaries trading in all kinds of weaponry. His service length was unknown, but he most likely served in the KGB either prior to or following the collapse and dissolution of the Soviet Union in 1991.

After his time in the KGB had ended with the collapse of the Soviet Union, Rojas had went rogue and used his skills he learned from the KGB to his advantage. In 1997, Rojas had decided to go off the grid for many years and got involved with many terrorist organizations such as the Inner Circle lead by Vladimir Makarov. Rojas eventually became an ally of Makarov and a close associate of his and the Inner Circle and supplied them with the arms that they needed for their operations. Rojas also ended up connecting himself to the larger Ultranationalist party since the Inner Circle was comprised of members who were party members, but took more violent and extreme measures to achieve their ideological goals.

Rojas had continued to supply arms to Makarov and the Inner Circle which would later be used in the Zakhaev Airport Massacre in August of 2016. The massacre shocked the world and because an American CIA Agent, Joseph Allen, was among the dead, Russia believed that it was an American plot and declared war on the United States in the following days. Afterwards, Task Force 141 began analyzing the bullets and traced them back to Rio De Janeiro where Alejandro Rojas was revealed to the one who supplied the arms to Makarov and the Inner Circle.

A strike team of TF141 agents is eventually deployed to his base the Favela where his assistant is captured and he attempts to run and escape amidst fighting between Gary "Roach" Sanderson and Brazilian Militia members. Rojas is eventually found and captured by John "Soap" MacTavish and is later interrogated heavily into revealing his connections and the only man Makarov hates worse than the Americans was locked in the Gulag. Afterwards, he is left behind for the streets to "take care of him". His status afterwards varies as he could be left behind or shot and killed by the player in the mission "The Hornet's Nest". 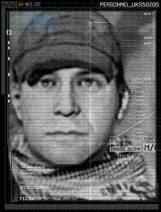 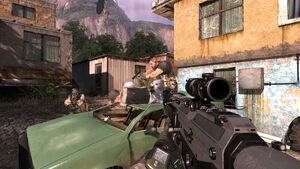 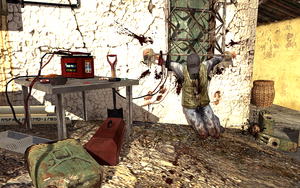 A tortured Rojas in "Hornet's Nest". 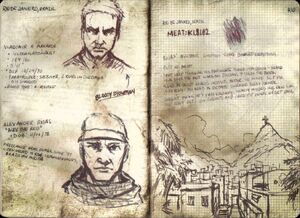 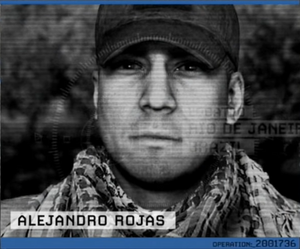 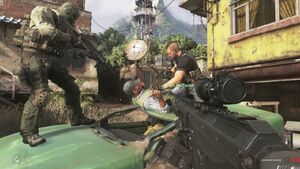 Rojas apprehended in the remastered version.