Alex was the main villainess from the 2017 horror short film, Transitions.

She was played by Elena Stecca.

The film has Alex writing a suicide note to her boyfriend, as she is revealed as a werewolf during her narration, and she didn't want to hurt anyone else and cause anguish to her lover (who is unnamed). She mentioned how she and her lover met when he found her covered in blood late one night, and in the note, Alex told him not to try to stop her. She left her note on their bed next to her lover, who found it and rushed to stop Alex from killing herself.

The film's climax shows Alex staring at the full moon while holding a gun to her own head, just as her boyfriend arrived. He attempted to coerce Alex to reconsider, stating that he knew what she was, only for Alex to point the gun at him and threaten to kill him if he didn't leave. Just as the clouds uncovered the moon, Alex gave her boyfriend the gun and warned him to leave, only for the boyfriend to refuse to leave her. Alex turned heel and underwent her villainous werewolf transformation, and shortly afterwards, the villainess later attacked her boyfriend, slashing his chest with her claws and continued to growl at him. After being attacked, the unnamed boyfriend shot Alex to death, and expressed his remorse for killing her. 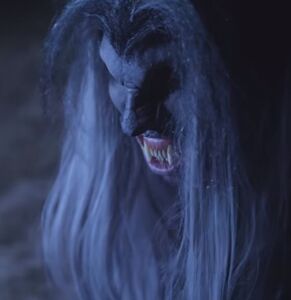 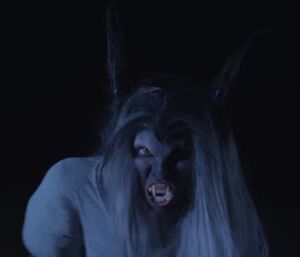 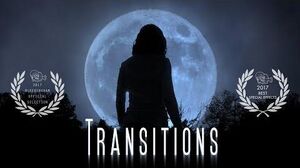 Transitions (Bleedingham Horror Film Fest)
Add a photo to this gallery
Retrieved from "https://villains.fandom.com/wiki/Alex_(Transitions)?oldid=3226017"
Community content is available under CC-BY-SA unless otherwise noted.