Jeff's Ghost
The Ghost of Jeff Stinson
The Killer

Get revenge on the group of teens that he feels were responsible for Jeff Stinson's death and his injury by killing them (succeeded with everyone but Cory and Trina).

Alex Bourne is the main antagonist of the 1988 slasher film Iced. He was a pro-skier in training until he crashed and suffered a career-ending injury after going out to look for his friend Jeff Stinson in a snow-storm. Alex then blamed the group of teens that he felt were responsible for Jeff's death and his injury. Four years later, he would set them up to come back to the same ski resort, so he could kill them for revenge.

He was portrayed by Joseph Alan Johnson.

Little is known of Alex's early life, other than that he befriended Jeff Stinson when they were children and the two liked to ski together. Eventually, the two went their separate ways and Alex worked on trying to become a pro-skier. One weekend at Snow Peak Ski Resort, Alex meets up with his old friend Jeff Stinson. Jeff, who had just lost his girlfriend to another guy Cory after losing a ski race, vented his frustration to Alex. After nearly killing Cory, despite Alex's pleas to not go out, Jeff goes skiing as a way of proving himself and crashes into rocks, knocking himself out and dying from the cold. Worried about Jeff, Alex goes out to look for him and ends up breaking his leg. Unfortunately, Alex's leg injury was so bad, that it had to be amputated, putting an end to his dreams of being a world-class skier. Over time, Alex began to blame Cory and Trina for pushing Jeff over the edge.

Four years later, Alex anonymously invites Cory, Trina, Diane, John, Carl, Eddie, and Jeanette back to the same ski resort. While driving there, Eddie crashes and gets stuck in a snow bank. He gets out to look for tools in his trunk, when Alex; dressed as Jeff, uses a nearby snow-plow to run him over. 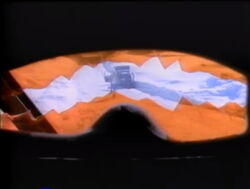 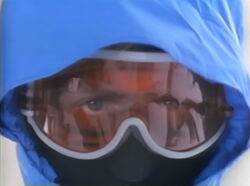 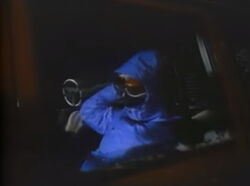 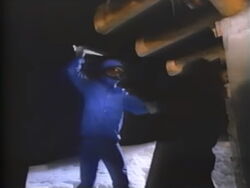 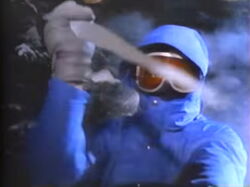 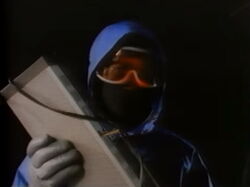 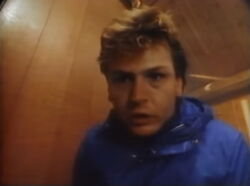