Sheriff Alexander "Alex" Romero is one of the main characters in the television series Bates Motel, which acts as a contemporary prequel and re-imagining to the 1960 Alfred Hitchcock film Psycho, itself based off the 1959 novel of the same name by Robert Bloch.

Romero is the sheriff of White Pine Bay, Oregon who becomes involved with the Bates family and falls in love with Norma Bates. He appeared initially as an antagonist to the Bates family during the first season, then as one of the main characters from the second to fourth season, before becoming the main antagonist and archenemy to Norma's son Norman, as Alex wanted revenge on him for her death.

Like Chet Rudolph, Alex is portrayed in an antagonistic light as Norman's stepfather, in contrast with their literary counterpart, Joe Considine.

He was portrayed by Nestor Carbonell.

Alex Romero was the childhood friend of Keith Summers and Bob Paris. Alex's father was the sheriff of White Pine Bay but was involved in the drug trade, which led to Alex's mother committing suicide. He was also married before the events of the series to a woman he met during his tenure in the U.S Marine Corps, but got a divorce. He also had a girlfriend named Rebecca Hamilton before they broke up. Alex would later become the sheriff of the town, and ended up overlooking the seedy goings on there.

When Norma and her son Norman Bates moved into Keith’s motel after he lost it to the bank, an enraged Keith threatened them and later broke into their house and raped Norma. After they overpowered him, Norma killed him and planned to dispose of the body it wasn’t out of self-defense. They hide it in one of the bathrooms in a motel room but get blood on the carpet in the process, so they take all of the carpets from the other rooms out. As Alex and his deputy Zack Shelby are driving around, they notice this and Alex is immediately suspicious given how late it is. They arrive and Alex investigates the room Keith’s body is in. He uses the toilet in the bathroom, but fortunately does not see the body. Him and Shelby get a call in and they leave.

The next night, Norma and Norman dump Keith’s body into the lake-unfortunately, Romero and Shelby find Keith’s hand in the lake and Norman kept the man’s belt for unknown reasons. They realize that there are carpet fibers on his hand, and given Alex saw that Norman and Norman where taking out carpets, he puts a search warrant on their house. Shelby, who had been developing feelings for Norma and having relations with her, found the belt and took it so Romero wouldn’t find it. However Alex does get her off the carpet fibers and arrests her for the murder. She was later bailed out by Norman, and Shelby tampered with some more evidence to clear her.

However, Shelby had been involved with Keith is a sex slavery business under Jake Abernathy and had kept and young Asian woman in his basement where he subjected her to rape. After the Bates find this out, Shelby takes them hostage in their house and tries to kill them all but is shot to death by Norma’s other son, Dylan. When Alex shows up, he comes up with a story for the news: that Shelby killed Summers and Romero killed Shelby in order to cover up Norma’s crime.

Norma later asks Alex in his office to help prevent a bypass from happening that would ruin her business. However he denies that they are friends, and once she threatens him out of suspecting he knew about the sex slave business, he threatens her back if she ever tries to intimidate him again.

After Jake Abernathy shows up to collect Shelby’s share of the money, he begins threatening Norma and so she goes to Romero for help. He tells her he’ll handle it. He later tries to get the money from Keith’s sister, Maggie, realizing she was threatened by Jake earlier. She doesn’t have the money and Romero tells her that nothing will happen to her if she keeps her mouth shut.

Romero gets the money from Shelby’s garage and later meets Abernathy at the dock with the money, while Norma hides in the corner, with her gun ready. Romero tells Abernathy he will let him continue the business in White Pine Bay if he gives him 50%. Abernethy agrees, but Romero shoots him dead and his body falls into the ocean. Romero throws the money in there with him and tells Norma she can go home. On that same night, Norman had another dissociative episode and killed his teacher Blaire Watson when she took him into her house after prom-though not before having sex with her.

4 months have passed and Norman has never recovered from Blaire Watson's death and visited her grave often. At one point, he finds her father, Nick Ford, there and takes a picture of him, thinking he might be her ex boyfriend. He goes to Romero and shows a picture of him. Romero agrees to look into it but is still visibly suspicious of Norman and Watson’s relationship.

After Bradley Martin kills Gil Turner for murdering her dad, Romero begins questioning Nick Ford about his death-who berates him for not putting enough effort into solving his daughter's case. He later arrests Blaire’s ex-boyfriend Kyle Miller as a suspect and holds him accountable for her death, despite the lack of evidence.

After threatening Gil’s replacement, Zane Morgan, Zane hires someone to burn his house down and Romero was forced to live at the Bates Motel for a while. He later gets into a fight with Zane over what he done in which he overpowered Zane and told him he would kill him and ruin his business. Norma later helps clean a cut on his head from the fight. Norma had been involved with Nick Ford over stopping the bypass and asked Romero what he knew about him, to which Romero replied that she should stay away from him. She later asked if he would help her replace councilman Lee Burman after the latter's death, however Romero advises her to abandon the position-also warning her that he can see through her kitchen curtains from the motel. 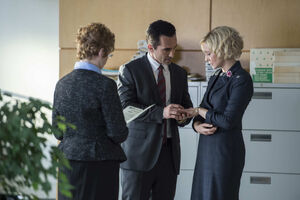 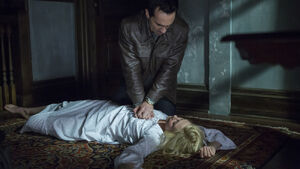 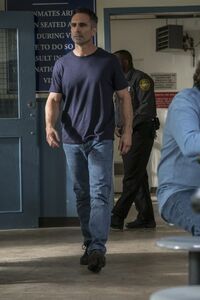 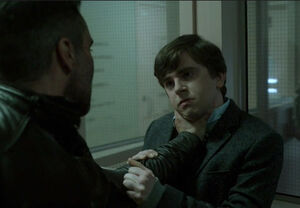 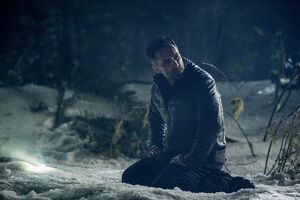 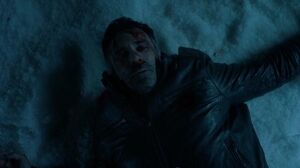