Secretary of Defense of the United States (formerly)
Director of S.H.I.E.L.D. (undercover, formerly)
Leader of HYDRA

Tasking the Winter Soldier through his missions.

Use the Winter Soldier to eliminate all threats to HYDRA and their plans (mostly succeeded).

Frame Captain America and declare him an enemy of S.H.I.E.L.D. (succeeded).
Initiate Project Insight to eliminate all of HYDRA's targets (failed).
Establish a new world order under their control (failed).

His "utopia justifies the means" plan to launch Project Insight was foiled by Captain America, Black Widow, Falcon and the loyal remnants of S.H.I.E.L.D., eventually being killed by former longtime friend Nick Fury.

He was portrayed by Robert Redford, who also portrayed Jay Gatsby in the 1974 live action film adaptation of The Great Gatsby.

Alexander Pierce is a HYDRA agent who infiltrated the World Security Council. During a hostage situation in Bogota, he met S.H.I.E.L.D. agent Nick Fury, who successfully saved the hostages, including Pierce's daughter. Pierce was surprised by Fury's performance and later made him the director of S.H.I.E.L.D.

Setting Up His Plot

Decades later, the influence of HYDRA over S.H.I.E.L.D. has grown stronger, and a set of three heavily armed Helicarriers are built under "Project Insight." The Helicarriers were allegedly supposed to form a security network to protect the Earth, but HYDRA actually desired to use them to target and kill approximately 20 million people selected by Arnim Zola's algorithm, any individual which would pose a threat for Hydra's new world order.

After discovering the hijacking of a S.H.I.E.L.D. boat by Georges Batroc was actually planned by Fury in order to recover confidential files related to the Project Insight, Pierce deploys the Winter Soldier to kill him.

After being attacked by the Winter Soldier, a heavily injured Fury contacts Captain America and tells the Captain not to trust anyone as S.H.I.E.L.D. had been compromised, before seemingly being assassinated.

Following Fury's apparent demise, Pierce talks with Captain America, and discovers that Rogers has hidden something from him, likely meaning that his plans were compromised due to something Nick Fury may have said to him.

Pierce deploys other corrupt S.H.I.E.L.D. agents to capture Cap, who goes undercover along with Black Widow. A new assignment is given to the Winter Soldier by Pierce, to kill Steve and Natasha. After gaining information related to the true objective of Project Insight from the hand of Jasper Sitwell, Rogers, Romanoff and their ally Sam Wilson/Falcon are captured by S.H.I.E.L.D., but they soon escaped captivity. Pierce proceeds to continue with his plan, but as S.H.I.E.L.D. is getting prepared to deploy the Helicarriers, Captain America infiltrates the Triskelion and reveals by loudspeaker the truth of HYDRA influencing S.H.I.E.L.D. and prompts every clean agent to stand up against HYDRA.

While Captain America and Falcon infiltrated the Helicarriers to modify their programming to change the targets from the people selected by Zola's algorithm to the Helicarriers themselves, Black Widow rescues the rest of the members of the World Security Council, who have been taken hostage by Pierce, and forces him to help her and Nick Fury, who reveals his survival to Pierce, to unlock every single one of S.H.I.E.L.D./HYDRA's secrets and upload them to the Internet. However, Pierce attempts to use a remotely-controlled miniature explosive he had hidden in Black Widow's clothes to force Fury to let him go.

As he lies dying, witnessing his fleet and plans in destruction, Pierce utters "Hail Hydra..." and dies. His partners-in-crime would then later meet their fates at the hands of S.H.I.E.L.D in the battle. Except from Bucky, who is beginning to remember both his past and who he really is: Bucky.

In a battle on one of the helicarriers, the Winter Soldier shoots Rogers. However, it turned out that death is not taking him yet, as Rogers immediately replaces the final chip, allowing Hill to take control and destroy all three vessels. The Helicarrier carrying Rogers and the Winter Soldier crashes into the side of the Triskelion, critically wounding Agent Rumlow, who had earlier tried to capture Rogers, while Wilson escapes.

The Helicarriers are destroyed in process, and HYDRA's secrets are released to the world. Rogers falls into the river, but is suddenly saved by Winter Soldier who then leaves, now returned to his former self and goes to find out more about his past. Alexander Pierce himself on the other hand, was shot dead by Nick Fury then dies after saying "Hail Hydra" as he watches the ship plunges into the water.

Encounter With the Future Avengers

Five years after the death of half the living beings in the universe, the remaining Avengers and Guardians concoct a plan to go back to the past and collect the Infinity Stones from different points in time and use them to reverse Thanos' actions; Captain America, Iron Man, Ant-Man and Hulk going back in time to the Battle of New York to retrieve the Space Stone, Mind Stone, and Time Stone. As the Avengers are trying to leave Avengers tower with the apprehended Loki, Pierce arrives and stops them, demanding that Loki and the Tesseract/Space Stone should be handled by the American government, though the 2012 Iron Man claims that they are being taken care of by a higher authority.

In order for them to get their hands on the Tesseract, Iron Man has Ant-Man disable his past self's Arc Reactor for a diversion, resulting in him having an attack which distracts Pierce and the others long enough for him to get the case holding the Tesseract. However, the plan fails when Iron Man loses the case because of the past Hulk, causing Loki to get his hands on it instead and use its power to escape, much to Pierce and the others' confusion. It's likely that as such, Pierce was held responsible for allowing Loki to escape and was possibly punished for that.

Photo of Pierce and Nick Fury.

Pierce talking with the Winter Soldier in private.

Pierce calling the Winter Soldier a gift to mankind.

Pierce with other members of the World Security Council.

Pierce is confronted by Nick Fury.

Pierce's death by Nick Fury.
Add a photo to this gallery 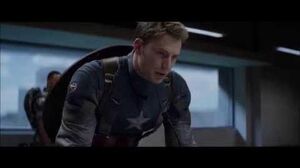 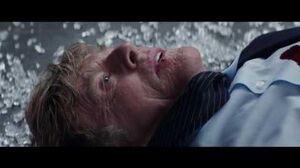