Captain Alexander Slater is an Umbrella executive and a supporting antagonist in Resident Evil: Extinction. He serves as the second in command of the Umbrella Science Division headed by Dr. Sam Isaacs and was in charge of the Umbrella North American laboratory in the wake of the global T-Virus outbreak.

He was portrayed by Matthew Marsden. who also portrayed villains includes Jack Byron in Anacondas: The Hunt For The Blood Orchid.

Although he was supposedly subordinate to Dr. Sam Isaacs, in reality, he answered directly to Umbrella's Chairman, Albert Wesker. Wesker had hopes that Slater could be a comfortable medium between the loyal incompetence of Major Timothy Cain and the brilliant ambition of Dr. Isaacs.

Following a failed attempt by Isaacs to retrieve Alice in the ruins of Las Vegas, Slater proceeded to execute him on Wesker's orders. However, Isaacs had already been infected with an enhanced strain of the Tyrant virus before been executed, and had self-administered large quantities of the Anti-Virus. Isaacs began to mutate, and rose back onto his feet, killing Slater with a trio of tentacles, and proceeding to slaughter the entire facility staff. 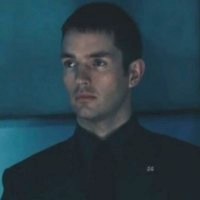 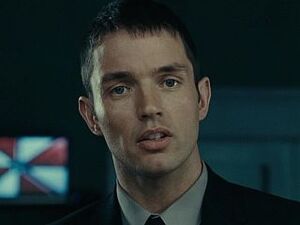 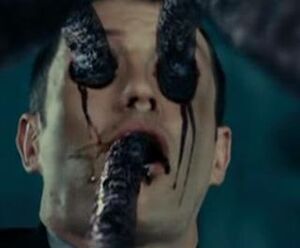 Captain Slater dies at the hands of the mutated Dr. Isaacs.
Add a photo to this gallery
Retrieved from "https://villains.fandom.com/wiki/Alexander_Slater?oldid=2440105"
Community content is available under CC-BY-SA unless otherwise noted.