Experimenting with the T-Veronica virus

Perfect the T-Veronica virus and develop it's power (succeeded)

Become the queen of the world. (failed)

Alexia Ashford is a member of the Ashford family and the creator of the T-Veronica Virus, as well as the main antagonist of Resident Evil Code: Veronica X.

Alexia was born from Alexander Ashford’s attempts to bring back his family's lost honor. Alexander began studies to find the gene that regulated intellect, which he eventually discovered. Using the DNA from the ancient Ashford matriarch, Veronica, and himself, Alexander combined them with the gene he'd found in an attempt to “resurrect” Veronica.

This resulted in twins, Alexia and Alfred, and, though Alfred only had slightly above average intellect, Alexia was a child genius and was considered to be Veronica reborn. But her intelligence made her feel alienated from everyone except her brother, which made Alexia bitter and extremely arrogant. However she did finish at a university when she was only 10 and became the youngest ever Chief Senior Researcher at the Umbrella Corportion's Antarctic Facility.

Near her 12th birthday, Alexia found out about a secret room in the facility from her brother, Alfred, who told her he needed her family gemstone to access it. The two worked together to open the secret corridor and found out the true nature of their birth, which filled Alexia with hatred towards their father.

They captured Alexander a month later and tested a new virus on him, made from remnants of an ancient virus found within a queen ant and the Progenitor Virus. This mutated Alexander into the insane monstrosity known as Nosferatu. Noting how far her father had come, Alexia decided to inject her new virus into herself and figured out how to harness its true power.

She had herself cryogenically preserved as the virus matured within her over a course of fifteen years.

Fifteen years later, Alexia reawakened in the body of a 27 year old woman with her first sight being Alfred dying and cradled him in her arms as she used her new powers to awaken one of the massive tentacles below the facility, which attacked the vehicle Claire Redfield and Steve Burnside were using to escape so as to take revenge. Alexia then captured them to use as test subjects for her experiments, imprisoning Steve in an area called the Coliseum and performed the same experiments as she did on her father, only with her own mutant strain of the T-Veronica virus. Alexia later appeared to confront Albert Wesker, who had come to Antarctica to get a sample of the T-Veronica virus, in a reconstruction of the Arklay Mansion.

Once there, she shed her human form and transformed, before engaging Wesker, who eventually withdrew and left her to Chris Redfield. Despite Alexia’s new powers, Chris defeated her.

Weakened but not finished, Alexia fused with one of her Veronica mutant breeder pods to attack Chris and Claire once again. Even with her new abilities, she was defeated by a combination of gunfire and the experimental weapon, the Linear Launcher, which had been created by Alexia’s father in anticipation of her becoming unstoppable. Alexia wasn’t defeated yet and made use of the insects below her again, breaking free of the carcass of the breeder pod to become a large dragonfly creature. Nevertheless, Chris destroyed Alexia forever with the superheated blasts of plasma from the Linear Launcher, ridding the world of her insane dreams of world domination.

In her human form Alexia is a young beautiful woman with long blonde hair and blue eyes. She wears a violet purple dress with bracelets and a necklace and walks barefoot. The reason why is unknown.

In her first transformation she still maintains a human appearance, with quite a revealing transformation. At this point, Alexia's clothes are burnt off, making her mostly nude. Her hair now covers over her right eye. Her skin is now pale grey and she still walks barefoot. Her right arm, and left leg is covered with dark roots while also leaving her cleavage, midriff, right leg, and left arm exposed. 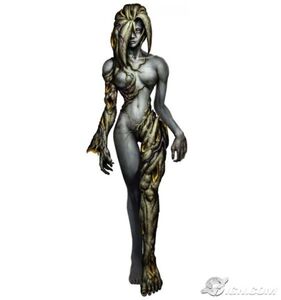 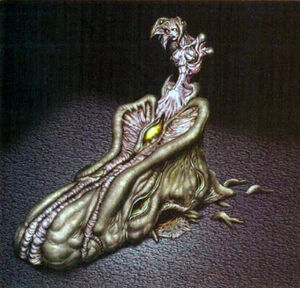 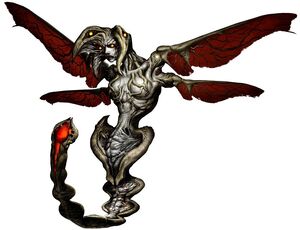 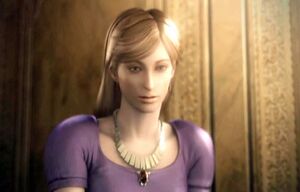 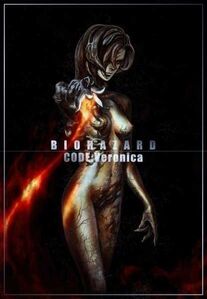 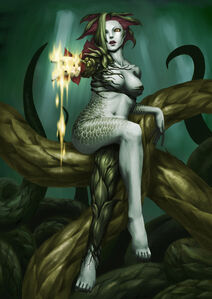 Mutated
Add a photo to this gallery

Retrieved from "https://villains.fandom.com/wiki/Alexia_Ashford?oldid=3069044"
Community content is available under CC-BY-SA unless otherwise noted.