One of the Angels of the Radiant Church

Punish Deslie for his treachery, plunder the Magical Crystals within Baruch Kingdom.

Alfanso is one of the major antagonists of The Coiling Dragon, and he is the four winged angel of the Radiant Church. He is one of the three elites of the Church alongside Osenno and Thunder.

Being an angel who lived for centuries, Alfanso has an appearance of a handsome youth with blue hair, golden wings and a slender figure. He wore white robes with golden stripes on it.

Though often speaking with a gentle smile, Alfanso is in fact an utterly cruel and greedy monster in the heart, and he has no tolerance of treachery. Therefore, Alfanso hated Deslie very much ever since the latter's departure after discovering the Radiant Church's sheer cruelty.

During the final battle, Alfanso battled against Deslie, the former leader of asetics once served the Radiant Church, and arrogantly rebuked Deslie for his treachery. Alfanso underestimated Deslie about his power and was defeated, but when Deslie spared him, Alfanso denied his last chance of remeption and committed suicidal explotion, killing himself and wounded Deslie.

Soon, the Radiant Church would be utterly destroyed and Alfanso's senseless sacrifise will proved to be in vain. 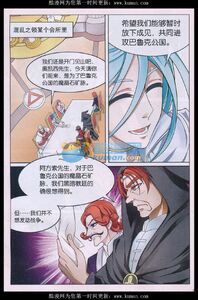 Alfanso made his deal with the Cult of Shadows. 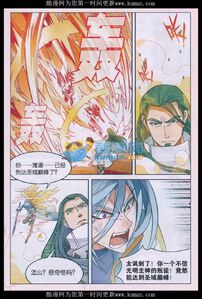 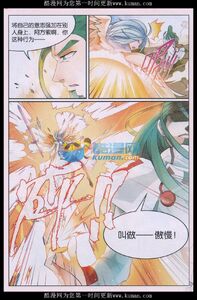 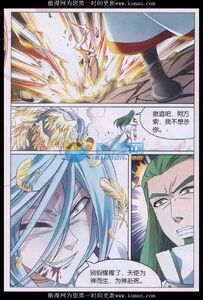 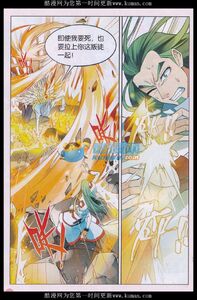 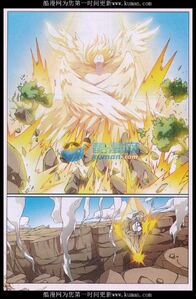