Kill Shapool and take over his family's foundation and wealth.

Alfred is the butler to Shapool who secretly plots to kill him to usurp his wealth and the main antagonist of the V-Cinema Kamen Rider Gaim Gaiden: Kamen Rider Baron. He later receives a Genesis Driver and Dragon Fruits Energy Lockseed from Ryoma Sengoku, enabling him to transform into Kamen Rider Tyrant. However, the power of the Lockseed would eventually mutate Alfred into the form of the Over Lord Tyrant.

He was portrayed by Gamon Kaai.

After being informed by one of Shapool's other servants that Shapool is missing, Alfred and the servants go out to look for Shapool. They find Kaito Kumon and, due to his identical appearance to the real "Shapool", mistake him or the real Shapool and attempt to bring him back. Kaito Kumon attempts to fight them off causing Alfred to order them to stun Kaito. After incapacitating Kaito, Alfred and his men bring Kaito to the hotel where Shapool and Alfred stayed. However, Kaito overhears Alfred discussing with his co-conspirators their plan to murder Shapool and escapes after beating up Alfred's bodyguards.

Alfred later meets with Ryoma Sengoku to discuss the purchase of Sengoku Drivers from the Yggdrasill Corporation, which Alfred's boss (Shapool's father) had taken an interest in. Ryoma gives him a Genesis Driver and the Dragon Fruits Energy Lockseed, intending to use Alfred to test out the powers of the Lockseed.

Eventually, Alfred finds the real Shapool and attempts to kidnap him, only for Kaito to show up to save Shapool. Infuriated by Kaito's interference in his plans, Alfred uses the Genesis Driver and Lockseed Ryoma supplied him with to transform into Kamen Rider Tyrant while Kaito transforms into Kamen Rider Baron. Equipping Mango Arms, Kaito outmatches Alfred and gives Shapool time to escape. To make matters worse for Alfred, his Dragon Fruits Energy Lockseed temporarily deactivates and cancels his transformation.

Alfred then attacks Team Baron to take back Shapool and get revenge on them for interfering with his plans. Before Alfred could transform, the Dragon Fruits Energy Lockseed overtakes Alfred with the power of Helheim and transforms him into an Over Lord. With his new Over Lord form, Alfred fights Baron and is destroyed by Baron in Ringo Arm's Rider Kick. 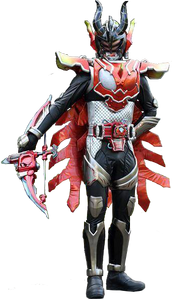 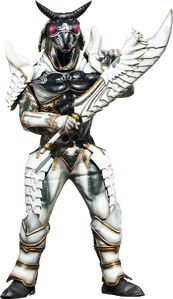 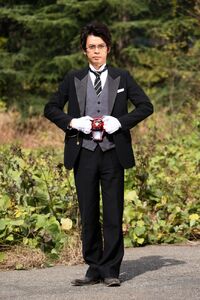 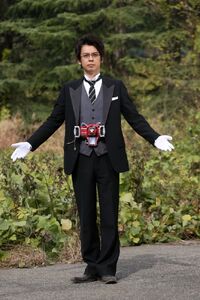 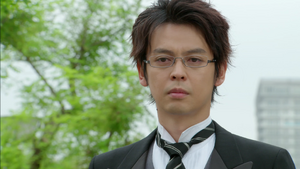 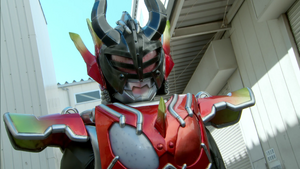 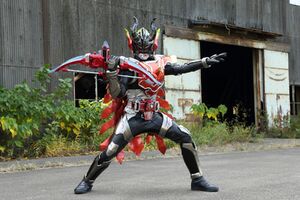 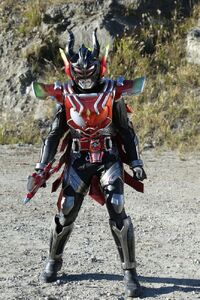 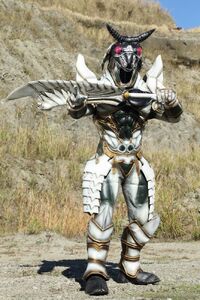 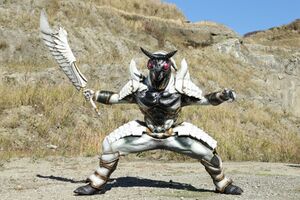 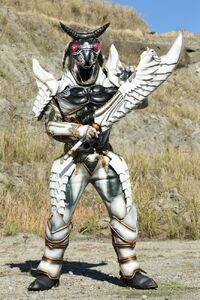 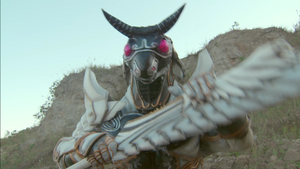