Alice is the main antagonist of the horror RPG game Pilgrim.

Alice was the mysterious owner of an estate who had accumulated her wealth by reaping the souls of her victims and selling them for profit. In addition, Alice is able to grant wishes; whenever she is summoned, Alice would make a deal with her victims saying that in return for the wish, she would return to reap their souls in a given time. Two years ago, Inago's older sister, Akemi, was being bullied by three senior girls who had claimed that she was bullying one of their juniors. In desperation, Inago summons Alice to deal with the situation. Unfortunately for her, Alice murders the three girls and makes it look as if they had committed suicide. Worse, Alice will return to collect her soul within two years.

Two years later, Inago is lured out of the house and into the Other World. When Akemi realizes that her sister was missing, Akemi embarks on a journey to find her. Finding a gateway to the Other World, Akemi goes to several trials eventually leading to Alice. Akemi demands to her to let her sister go; Alice cryptically states that Inago had committed something terrible to warrant her soul being taken, but she decides to humor Akemi by engaging her in a card game. If Akemi won she would be permitted to see her sister; if she lost, Alice will claim her soul. Alice does keep her word if Akemi were to end, but she reiterates that she could only meet with her sister, but she couldn't take her with her. Along the way, she encounters an undead girl named Suu who is revealed to have been the ringleader of the bullies; upon being murdered by Alice, she was sent to a parallel world to be eternally tormented. Whilst rumbling around the estate, Akemi uncovers a diary belonging to a young girl who had encountered Alice when her mother was terminally ill. Given that the girl looked eerily similar to Alice, it is heavily implied that Alice murdered her and took her body after granting her wish.

Akemi encounters Alice again in the top room of her estate. Alice reveals that Inago had summoned her to deal with Akemi's tormentors, despite Inago saying not to kill them. Once again in a playful mood, Alice forces Akemi to combat her in a game of tag (which she cheats at by using her magic). When Akemi loses she demands Alice to grant her wish, reminding her that she would be unable to. Akemi wishes to be put in her sister's place, while she would be allowed to leave. Amused by this, Alice grants her wish, and Inago is freed. However, when Alice began to gloat about her victory, she gets unexpectedly stabbed repeatedly by Akemi. Akemi takes her place as the owner of the estate, and her existence is erased; the only one who knows of her is Inago.

In the true ending, Suu sacrifices herself in order to save Akemi and Inago enough time to escape. In anger, Alice violently slices her in half before trying to chase after the girls. The girls manage to get back to their world, angering Alice.

Alice was a sadistic girl who took great pleasure in harvesting the souls of her victims. Seeing everyone around her as expendable, Alice grants wishes to her victims which ultimately screw them over at the end. When Akemi confronts her, Alice gleefully implicates Inago as having summoned her to kill the bullies even though she knew full well that wasn't what Inago intended. A cheater of the highest order, Alice deliberately sabotages her own games in order to condemn Akemi. Despite everything, her main weakness is her inability to break her promises even if she wants to. However, Alice is able to exploit this by looking for several loopholes in the promise. An example is Alice keeping her word and allowing Akemi to see Inago again; however, she could only see her and not escape with her as Alice was still ending to kill her. Or there was when she murdered the three girls (while subsequently sentencing one to eternal punishment). She knew that Inago didn't tell her to kill the girls, but she took advantage of the ambiguity of her wish to further convict her. 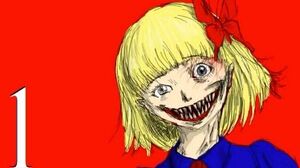 Pilgrim - Part 1 - WHERE IS MY SISTER? - RPG Maker Horror 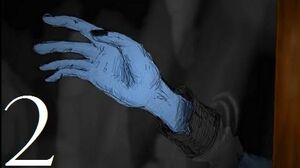 Pilgrim - Part 2 - FRIEND FROM ANOTHER WORLD 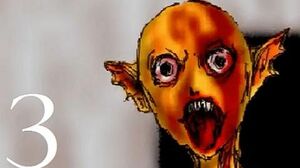 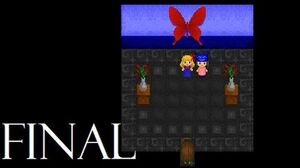 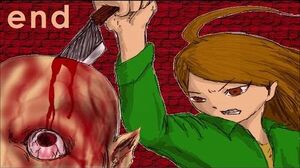 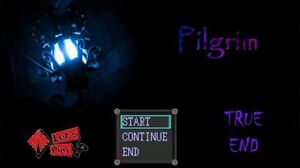 Retrieved from "https://villains.fandom.com/wiki/Alice_(Pilgrim)?oldid=3366557"
Community content is available under CC-BY-SA unless otherwise noted.