Hanging out with Sam as his new girlfriend and spying on him for the Decepticons.

Alice is a supporting antagonist of the 2009 film Transformers: Revenge of the Fallen. She was one of the Decepticons assigned to spy on Sam Witwicky.

She was portrayed by Isabel Lucas.

In the film, Alice first presented as a hot blonde in the same university with the protagonist Sam Witwicky. She found out Sam writing Cybertronian glyphs on the table at a fraternity party and realized his identity. She invited Sam for a dance and forcefully sat on his thigh while Sam hesitating about it. Alice told him to pretend like they were boyfriend and girlfriend in an extremely seductive tone. As they started to dance together, Bumblebee arrived and notified Sam the trouble they were going to face. Sam found it as a chance to escape, but Alice immediately follows him into the car. During the trip, Alice took further steps by showing Sam her legs and indicating they were going to cheat from Sam's girlfriend. Realizing Sam was losing himself under Alice's temptation, the Bumblebee sprayed liquid on Alice and forced her out of the car.

A few days later, Alice managed to get to Sam's dorm and ran into him writing Cybertronian glyphs again. Sam's roommate Leo, who's really fond of Alice, invited her to leave Sam alone and go with him. However, Alice responded by pushing him out of the door and left only Sam and her in the room. With no one bothering them this time, Alice forced Sam to the bed and appeared like she was going to have sex with him. At the same time, a tail grew from Alice's body, revealing her goal to actually kill Sam. Yet, she heard someone opening the door and immediately took her tail back. It turned out to be Sam's girlfriend Mikaela, and she happened to see Alice kissing with her boyfriend Sam on bed. Mikaela dumped Sam, who wanted to tell Mikaela the truth, but then Alice used her long tongue from her mouth and tried to suffocate Sam. Mikaela and Leo, neighbor of Sam heard the notice, they quickly ran to see what's happening. They saw, that Alice had the long tongue and she used it to kill Sam. Mikaela through the box in her, but Alice turned away from attack. When Sam, Mikaela and Leo ran away, Alice started to transform into her true Cybertronian form. Sam with his friends tried to escape from her by car, but Alice jumped on the car, and tried to get through the window to get closer to Sam. But Mikaela, tired from this robot, crashed the car on a street lamp, crushing Alice to death.

Alice was shown to appear in a comic where she seduced a married driver and let her take over his car where she wrathfully drove hundreds of miles telling them to shut up. Then Alice got into her robot form and went to the Decepticon starship. Starscream said she was becoming too human for them and it was a problem. 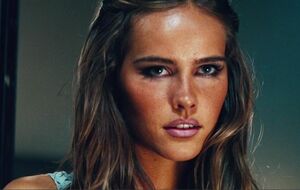 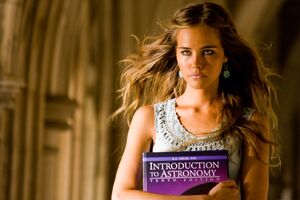 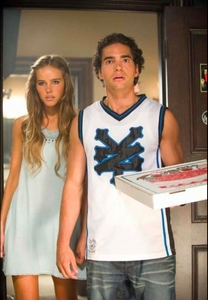 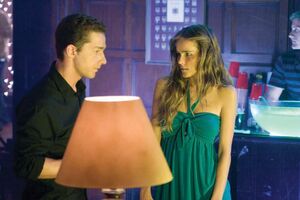 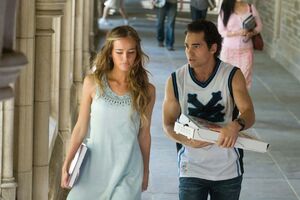 Alice using her tongue to hold Sam hostage, much to Mikaela and Leo's shock.

Alice about to reveal her true Cybertronian form.

Alice revealing her true Cybertronian form as she is about chase the trio. 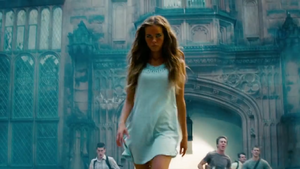 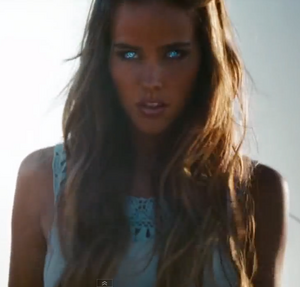 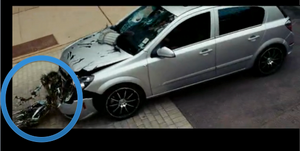 Alice dies after being crushed. 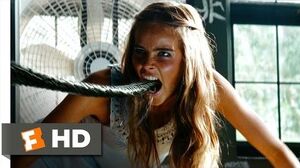