She was portrayed by Shannon Woodward.

Alice Bundy was best friends with Doreen Harthan, who joined the Beta Theta Kappa sorority, but when Doreen ended up dead, Alice went on a twisted revenge spree, blaming Doreen's death on the sorority that she was a part of. She tampered with the electricity in the sorority house to make it appear that Doreen was haunting it. Next, Alice killed Bianca, a member of Beta Theta Kappa, doing so by dropping a toaster in the bathtub that she was in.

In what was supposed to be the final piece of her twisted spree, the evil Alice attempted to kill Juliet O'Hara (who was undercover as Mary Lou Baumgartner, who became queen of the sorority). Alice cooked up a candlelight vigil for Doreen at the infamous Wispy Pines house and invited Juliet, only to resurface wielding an axe. Alice, wearing a microphone that distorted her voice, ranted about how Doreen's death was caused by the sorority and she would "lop off the queen's head." Juliet stopped Alice and snatched the axe from her possession. After she is handcuffed and arrested, Alice attempted to claim that Juliet was possessed and tried to attack her. Alice later stated to Shawn that Doreen was her best friend, and asked her what he would do if it was his best friend.

Alice was referenced, but not shown, in Season Three's "Ghosts", as Shawn visited her in prison for tips on electric wiring.

Alice cared deeply for her deceased friend, Doreen, though her villainous actions suggest she is a vengeful psychopath. 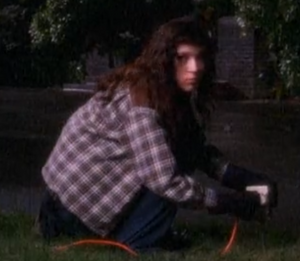 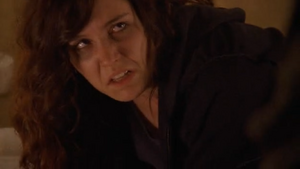 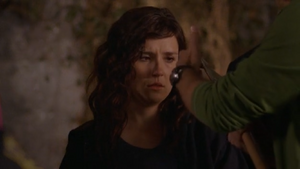 Add a photo to this gallery
Retrieved from "https://villains.fandom.com/wiki/Alice_Bundy?oldid=3612555"
Community content is available under CC-BY-SA unless otherwise noted.