Kill as many people as she can.
Win John Luther's approval.

Dr. Alice Morgan is one of the main protagonists and antagonists of the BBC psychological crime drama series, Luther. Alice is a beautiful, highly intelligent psychopath brought in by John Luther after the double murder of her parents (and the family dog) although it quickly became clear that she was the one who killed them. Unfortunately, Luther was forced to release her due to lack of evidence. However, later on, she becomes Luther's unusual ally and confidante.

She was portrayed by Ruth Wilson, who also portrays Marisa Coulter in His Dark Materials.

Alice Morgan is the daughter of poet Douglas and Laura Morgan, and was a child prodigy who hated her parents, and stated that she was a freak going up. She enrolled in Oxford University when she was 13, and received her Ph.D. for her study of dark matter when she was 18 years old. Eventually, Alice murdered both of her parents to see if she could get away it, and did so by shooting them in the head. Afterward, she shot the family dog, and opened its trachea to place the gun's part inside.

In series one, the Serious Crime Unit investigated the murder of her parents, and DCI John Luther deduces that Alice was the one who murdered her parents. Despite Luther's deducing it was Alice, he is unable to prove it at first. Once the family dog was cremated, Alice placed them in an urn, as it had parts of the gun inside. Luther decides to give on the murder case, and goes on to others, but Alice had become obsessed with him. She begins stalking him, and possibly continued because she felt that he was different (due to her not believing that love exists).

Alice begins to investigate Luther and later invades the home of his wife, Zoe, who is with her lover Mark North. Later on, Luther begins to pursue Henry Madsen, a pedophile and serial killer, and later fell off a walkway when the detective refused to save him. As a result of this, Madsen was hospitalized, and Alice kills him to save Luther from being prosecuted. Alice later calls Luther, and when he disapproves, tells him that she did it for him in anger.

Luther calls for Alice to be his accomplice to get revenge on his former friend and partner, Ian Reed, after he attempted kill and murdered his wife. Luther is able to convince Mark that he didn't kill Zoe, and has him steal a bag of diamonds that Reed hid in his locker. When Ian found that the diamonds were gone, Reed followed North, and attempted to Luther until he was shot by Alice.

After killing Ian Reed, Alice was placed into a mental institution, and later escapes after Luther hides a key card in half eaten apple. She visits Luther in his apartment, and states that she is going to Mexico, and attempts to convince him to come with her. Luther agrees that running away with her would be fun, but states that he remains in London and continue working for the police.

In the season finale of series three, Alice returns to help Luther prove his innocence, after he was accused of arranging Ripley to be murdered. She freed him from custody, and aided him in capturing the vigilante who murdered Ripley, and the two later evade arrest and debate on what to do next. She tells Luther she had been living in Berlin and married a man named Bertrand, but later killed him due wanting to be a widow.

In Luther, Morgan is profiled by Luther as a "malignant narcissist" who is treated as a mental illness, combined with narcissistic personality disorder. She displays some traits of antisocial personality disorder leading to grandiose behavior, sadism, and rationalized antisocial activities with a serious lack of empathy towards everyone around her.

Over the course of the series, Alice becomes more human, forming a strange friendship with Luther and becomes one of the few people he trusts, sometimes acting as his accomplice. Their friendship is strong, despite the fact that Alice's core belief, that nothing ultimately matters, comes into direct conflict with Luther's. 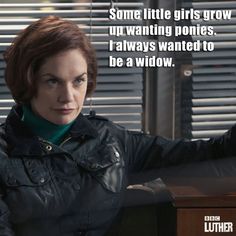 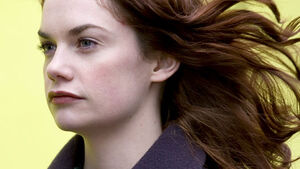 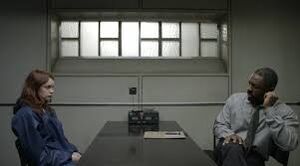 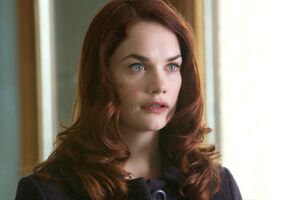 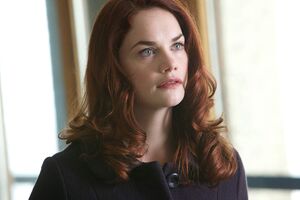 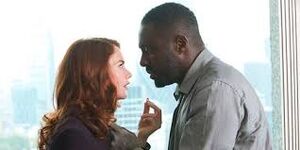 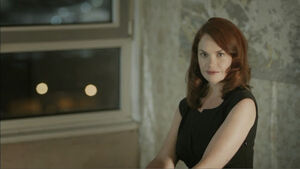 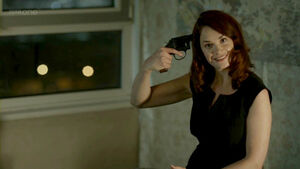 Alice pointing a gun to her head. 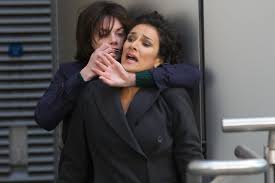 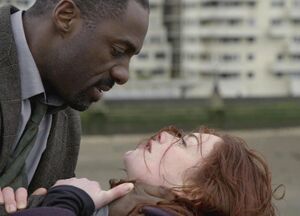 Alice nearly choked by Luther on the bridge. 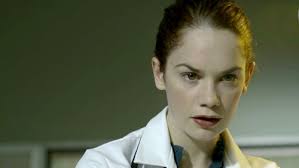 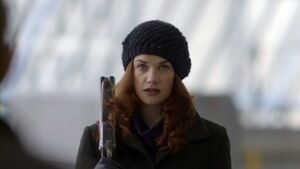 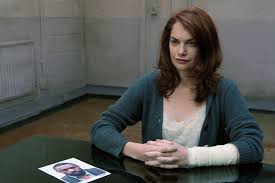 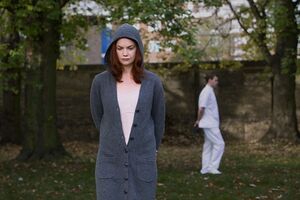 Alice at the mental institution. 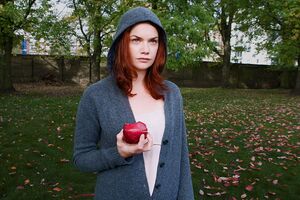 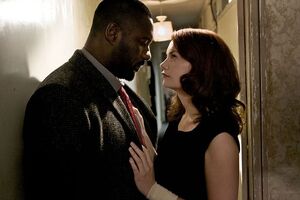 Alice attempts to coerce Luther into fleeing the country with her. 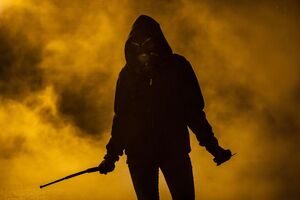 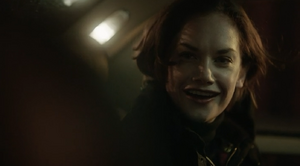 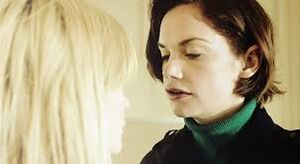 Alice threats to kill Mary if she betrays Luther again. 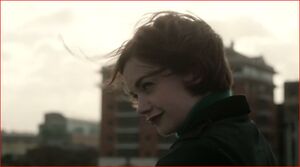 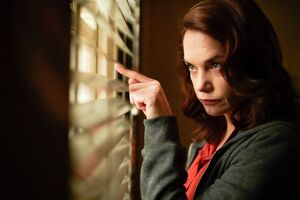 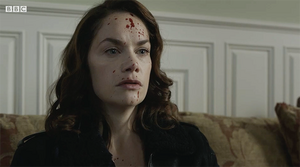 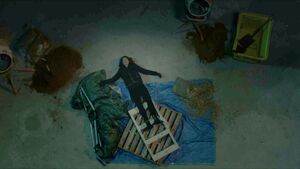 Alice's death.
Add a photo to this gallery

Retrieved from "https://villains.fandom.com/wiki/Alice_Morgan?oldid=3838389"
Community content is available under CC-BY-SA unless otherwise noted.