Wipe out humanity and replace the history with the Age of Gods.

The Alien God, also known as U-Olga Marie, the Beast VII, VII of the End, the Beast that Announces the End and the Prime Minister of Earth, and alternatively translated as the Foreign God, is the overarching antagonist of Fate/Grand Order as a whole, and served as the overall main antagonist of its second part, Cosmos in the Lostbelt.

The Alien God is a mysterious alien lifeform who arrived upon Earth in late 2016, seizing the chance left by Goetia's defeat and works with the Crypters to start the Human Order Revision incident.

It is first indirectly mentioned in Epic of Remnant segment as the overarching antagonist of Shimosa Province: The Stage of Rivers of Blood and Mountains of Corpses, before it make its official debut in the Second Prologue.

It is later revealed that the Alien God is actually the most powerful and destructive Beast of Calamity known as Beast VII, and it takes the form of the late Olga Marie Animusphere, the former director of Chaldeas.

The nature of the Alien God tends to be a mystery, since not even his three Alter-Ego Emissaries or Kirschtaria Wodime ever grasped its true nature.

The Alien God sought to wipe out the Pan-Human History and replaced it with the Age of Gods. After freezing Chaldea through its followers, it summoned the seven Lostbelts upon Earth and planted the Fantasy Trees within them, working with the seven Crypters (formerly Chaldea A-Team masters whom he revived) and taking control over the Lostbelts.

In the Atlantis chapter, the journal of David Bluebook revealed his discovery that the Alien God was summoned through human cause, after the government of the United States secretly experimented one of its kind within Area 51 through their newfound technology. It unintentionally brought the Alien God upon Earth and attack humanity in order to avenge its kin.

Kirschtaria willingly worked with the Alien God, but he revealed that he had no intention to work for it, revealing he had his own agenda to make Greek Lostbelt a new reality and deviate from the Alien God's entire plan.

The Alien God finally reveals herself in the Olympus chapter. Despite using the form of Olga Marie Animusphere and calling herself U-Olga Marie, she denies any connection to Chaldeas's former director. In addition to that, it is revealed that the Alien God is actually Beast VII, also known as VII of the End, making it the apparent overarching antagonist of the Fate/Grand Order as a whole.

Holmes speculates that U-Olga Marie might be the same kind of Beast as Goetia, and that she is only using Olga Marie Animusphere's body in the same way that Goetia used Solomon's. However, the protagonist and Mashu believe that, somehow, U-Olga Marie is actually the former director Olga Marie herself.

Glimpse of the Alien God and the Fantasy Trees 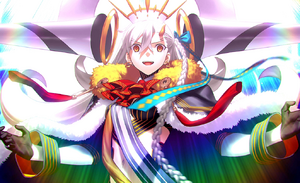 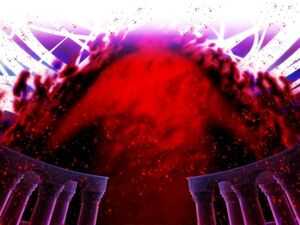