Villains Wiki
Register
Don't have an account?
Sign In
Advertisement
in: Mature, Rick and Morty Villains, Parasite,
and 23 more

Shapeshifting into the forms of various beings such as humans, aliens, animals, historical figures, and many more, and taking up a persona of them

Trick Rick, Morty and the rest of his family into letting them out of Beth's house (failed).

The Alien Parasites are the main antagonists in the Rick & Morty episode "Total Rickall" (although they are seen in egg form in season two episode two called "Mortynight Run"). They are a species of shapeshifting alien parasites that start off as eggs before turning into their main form. Their original appearance is a humanoid snake like form and revert to this form after being killed. Their home planet and their origins are unknown.

The Alien Parasites are an alien race of parasitic shape-shifters that implant false memories into people in order to increase in number and take over a planet. They then migrate and use the same strategy to another planet and their cycle continues. They would continue this pattern until they crossed paths with Rick Sanchez and Morty Smith after Rick unknowingly brought them with him back home on Earth while they were still eggs. The parasites would eventually be killed by the duo and the rest of their family stopping their global conquest for good.

The Alien Parasites make their first appearance when one of them is present with Rick's family where they are having breakfast in a form that appears to them as Jerry's brother, Uncle Steve. Uncle Steve tells them that the purchased plane tickets, that Jerry received by email, was a thank you to the family for letting him stay for the past year. When Rick comes into the room, he doesn't know who Uncle Steve is, and the family rebuffs him, claiming that Uncle Steve has stayed with them for the past year. Rick doesn't believe them and then pulls out and uses a laser pistol to kill Uncle Steve who turns out to be one of the alien parasites. While the Smith family is shocked that Uncle Steve wasn't real, Rick informs them that he was a parasite, an alien species that survive and multiply by implanting fake memories into people's head. He tells them to be aware of "wacky, zany characters that suddenly appear" and is encouraged by a newly introduced zany Mr. Poopybutthole (who later turns out to be real and not a parasite).

In the living room, Rick makes a sign saying that there should only be 6 people in the house: Rick, Beth, Morty, Jerry, Mr. Poopybutthole, and Summer. Saying that they can't take chances of letting parasites out of the house, he activates blast shields that keep people from coming in or out of the house, despite the rest of the family being uncomfortable with this plan. Mr. Poopybutthole encourages the family to remember the time the family got stuck in an elevator and were freed by "Cousin Nicky". The memory flashback causes a parasite to multiply and Cousin Nicky is shown in the room. After looking at the sign, Rick shoots Cousin Nicky in the shoulder, which turns him into a dead parasite. After another memory flashback, a Nazi as well as a butler named Mr. Beauregard appear. As more and more memory flashbacks occur, more and more parasite characters appear (such as Frankenstein's Monster, a man named Sleepy Gary who is Beth's husband, food themed warriors, and many more).

Rick becomes irritated at the growing number of the parasites, and insults them all while they attempt to persuade Rick to disable the blast shields. After being goaded into having a flashback of having a barbecue with more characters, Rick snaps. As arguing ensues, Jerry has suspicions that he is a parasite and confides in Sleepy Gary, another parasite, who he truly believes is Beth's husband. Comforting him, Sleeping Gary implants a memory of he and Jerry having an affair while on a vacation, making the latter believe that they are in love.

As he insults more and more parasites, the aliens start to turn suspicion onto Rick, manipulating the false memories in the Smiths to turn them against him. The Smiths constantly attempt to persuade Rick into freeing everyone from the household. After refusing, the parasites beat up Rick and steal the watch that controls the blast shield. After Rick insults the Smith Family (mostly Morty) for not trusting him, Morty takes Rick's gun. Unable to kill Rick in front of a parasite named Pencilvester, two of the parasites and Morty take him out to the garage. After insulting and being insulted by Rick, Morty shoots the two parasites and realizes that the parasites can only create pleasant memories. Morty was able to know that Rick was real by all the terrible memories of him.

Summer then remembers when she asked her mother (while drunk) to take her to school for picture day, and gets a black eye when Beth accidentally hits her with a wine bottle (and as they kill parasites, confirms Morty is real by remembering accidentally walking in on him masturbating in the kitchen). Beth kills Sleepy Gary, sending Jerry into a depression, asking Beth to kill him so they can be together in death. Beth then remembers a memory when Jerry was being chased by a homeless man and locks himself inside the car, leaving Beth to fend for herself. Back downstairs, Rick comes across Pencilvester and has such fond "memories" of him, that he cannot bring himself to kill him. Rick then asks Morty to kill Pencilvester. After killing Mr. Beauregard, Rick jokes that he did the butler, though Ghost in a Jar is the only one who gets it. Rick thanks Ghost in a Jar before shooting him as well, and eventually all the parasites are destroyed. 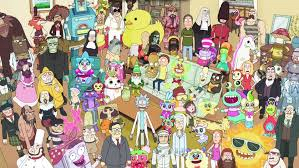 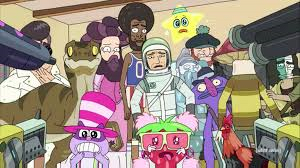 Parasites realizing the gig is up 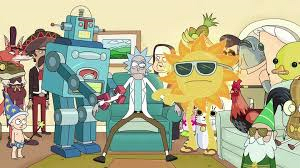 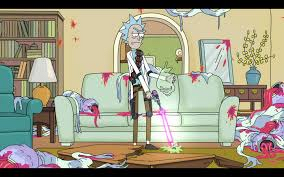 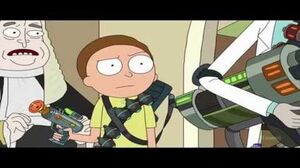 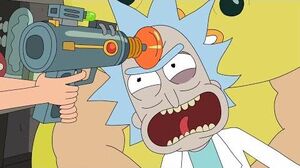 Rick and Morty - Pull the Trigger 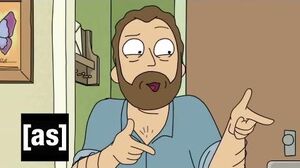