Committing adultery.
Abusing his wife Bella.
Stealing from the poor.
Funding wild parties for the rich.

Kill his Dante Alighieri in order to be rewarded by Lucifer with endless gold and a thousand years free of torture.

Alighiero Alighieri is a major antagonist in the videogame Dante's Inferno. He serves as the boss of the Circle of Greed, as well as the father of Dante.

Throughout Dante's childhood, Alighiero proved to be a sinful, lecherous and cruel glutton that often stole money from the poor to fund wild parties with his friends. He frequently had sex with women, excluding his wife Bella, and constantly badmouthed his son and his wife. Alighiero was also extremely abusive towards Bella, even driving her to commit suicide, though he told Dante she died of a fever.

While his son was away at the Crusades, his fiancé, Beatrice, stayed with Alighiero while she waited for him to return. Soon before he died, Alighiero attempted to seduce Beatrice, stating that he was sure Dante was dead, but seconds later, an assassin burst into his house. Alighiero engaged him in a sword fight and was close to overpowering him, but as he pushed the assassin to the ground, Alighieri was stabbed in the eye with the golden cross he always wore, killing him.

Descent into the Inferno

Alighiero was sent to Hell upon his death, where he was condemned to the Fourth Circle, Greed, and transformed into a grotesque and obese Demon. After Dante arrived in the fourth circle during his descent into the Inferno, Alighiero taunted him about his failures and how he had made nothing of himself. He said that Dante was nothing like him and asked if the crusader was afraid that he wasn't a man like his father. However Dante said that he was afraid he was too much like his father and they finally battled, with the crusader emerging the victor. Alighiero then told Dante to go ahead and blame him for how he turned out, but the crusader only said that he pitied his father for being so full of greed and hate. Dante said that he refused to be damned like Alighiero and absolved him. Later his Soul aided the crusader, along with all the other souls he absolved on his journey, in imprisoning Lucifer once more, redeeming himself similar to his son.

Due to his transformation into a Demon, Alighiero had great strength and wielded an enormous cross, similar to the one he wore in life, as a weapon. He was able to send out small cross projectiles that continually bounced off the target to strike again and again, as well as placing a cross on the ground that could send out energy pulses. 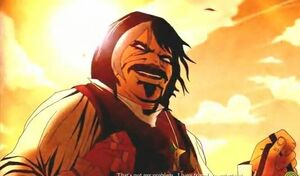 Alighiero Alighieri while he was alive. 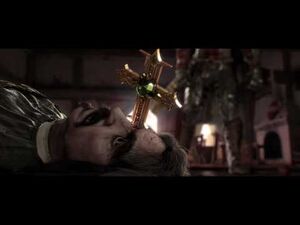 Alighiero's demonic form in Hell.
Add a photo to this gallery 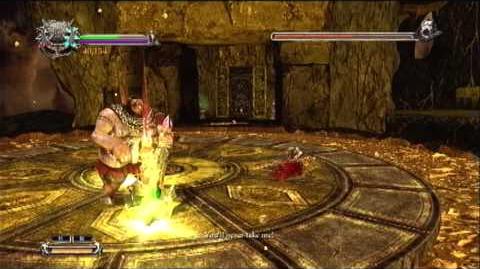 Retrieved from "https://villains.fandom.com/wiki/Alighiero_Alighieri?oldid=4253044"
Community content is available under CC-BY-SA unless otherwise noted.