Gateway to the TVA's creator

Lurking through the Void.

Devour anything sent to the Void, including all variants it comes across (mostly succeeded).

Alioth is a major antagonist in the 2021 Disney+ series Loki. He is a monstrous entity that lives in the Void, a dimension that houses every branched timeline and variant pruned by the Time Variance Authority. He seeks out said branched timelines and variants and devours them.

He also serves as a guardian of He Who Remains, the creator of the TVA. Upon being enchanted by Loki Laufeyson and Sylvie Laufeydottir, he reveals the pathway to his base.

Alioth takes the form of a titanic mass of purple clouds, with a head resembling an snake with glowing red sockets.

Alioth debuts as the main antagonist of the fifth episode "Journey Into Mystery", where he oversees the Void, killing any nearby variants he finds, demonstrated by him destroying the recently-transported USS Eldridge and its crew.

He spends the majority of the episode hunting down Loki, Classic Loki, Kid Loki and Alligator Loki, as well as Sylvie Laufeydottir and Mobius M. Mobius. When Sylvie mind-links with him, she receives a vision of a mysterious structure on a planetoid, likely housing the creator of the TVA.

Loki and Sylvie hatch a plan to escape the Void by enchanting Alioth. They soon confront and battle him, and, with the help of Classic Loki, combine their powers and successfully enchant him, causing his cloudy body to recede and reveal the pathway to the base.

It's currently unknown what has become of Alioth following the He Who Remains' death, but now that the He Who Remains is no longer there to check him, Alioth is now unleashed and may be much more dangerous than ever. 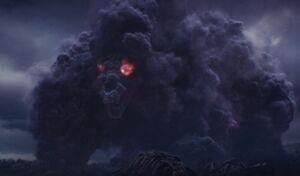 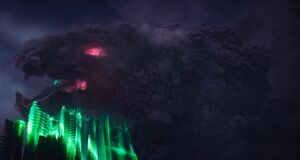