Alistair Beldingford is the son of Lord Winston Beldingford and a participant of his family's human hunting party, held inside his father's manor. He was responsible for kidnapping Giles Northcott and attempting to make him a prey of his hunt.

However, both him and his father were assassinate by Agent 47 during their party. It was revealed that the client was Giles' father, who hired the ICA at the night before the party was held.

In HITMAN (2016), his and his father's photos could both be seen in Lucas Grey's own shelf of collections, alongside the photos of other previous targets of 47 including Alvaro D'Alvade and Masahiro Hayamoto. 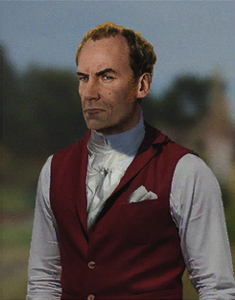 Photo in Lucas Grey's collection
Add a photo to this gallery

Retrieved from "https://villains.fandom.com/wiki/Alistair_Beldingford?oldid=4207946"
Community content is available under CC-BY-SA unless otherwise noted.