Villains Wiki
Register
Don't have an account?
Sign In
Advertisement
in: Doctors and Scientists, Supervillains, Vengeful,
and 29 more

Extensive knowledge of robotics and cybernetics

Destroy Spider-Man to average his father.

Alistair Smythe, also known by his supervillain name, Spider-Slayer, is a villain from Marvel Comics and an enemy of Spider-Man. The son of the late Spencer Smythe, Alistair grew up around a father who frequently ignored him in favor of his obsession with Spider-Man. As a result, Alistair grew up a bizarre young man, over-weight, poorly groomed, and with perverse tastes in women. Having said that, he inherited his father's knowledge of mechanics and parlayed that into a job for the Kingpin, where he secretly continued on with his work on Spider-Slayers to finish his father's goal, the death of Spider-Man.

The Spider-Slayers were a series of robots that sought to destroy Spider-Man. The initial generation of Spider-Slayers were created by Alistair's father, Spencer Smythe and commissioned by J. Jonah Jameson. After Spencer failed to kill Spider-Man - and ended up getting destroyed as a result - Alistair inherited the legacy from his father and gained a new-found hatred toward Spider-Man. He initially worked for the Kingpin but left in disagreement over how to deal with Spider-Man and went solo.

After being confined in an asylum, Alistair released himself and took several other inmates with him in order to construct a new series of Spider-Slayers that tracked Spider-Man across the city. His plan of revenge forced the inmates to assist in the machines' construction. After sending a series of slayers after Spider-Man (and all of their inevitable destruction with assistance from others including the Scorpion and the Black Cat), Alistair lured Spider-Man to his residence for one final battle.

In order to defeat Spider-Man on his own, Alistair enhanced himself by encasing his entire body in a biorganic carapace that not only served as a full body armor, but increased his strength and gave him the ability to walk again by interconnecting with his spine. The physical structure of the carapace gave Alistair bird-like talons for feet and a long, curved blade-like weapon jutting from each shoulder, that could fire lasers. He also gained a pair of smaller, jagged blade weapons on each forearm, and a specially made web-shooter that fired from the forearm area. He was also built to stick to walls, in a way similar to his Spider-Slayers. Eventually, Spider-Man defeated Alistair and made sure he and the surviving asylum inmates were taken to custody.

During Scarlet Spider's brief stint as sole web-slinger in town, Smythe (still carapaced as the Ultimate Spider-Slayer) started a war with a new set of slayers he intended to sell on the black market. These Cyber-Slayers—which could be controlled remotely by turning one's thoughts into the slayers' actions—were probably named as such because the initial target was not Spider-Man nor Scarlet Spider, but Lady Octopus and her crew. However, as fate would have it, the Scarlet Spider ended up in the middle of things and temporarily allied with the Cyber-Slayers, a fact that did not go over well with Smythe.

Smythe found his way outside prison and sought revenge on both Spider-Man and J. Jonah Jameson for the death of his father. He coerced Jameson to alter the stories in the Daily Bugle or else he'd kill JJJ's wife and son. Once Spider-Man caught on to Smythe's trail, he followed it back to the Bugle where Smythe assaulted him with recreated versions of every Spider-Slayer ever sent after Spider-Man in the past plus a pair of new creations—a miniature model designed to latch onto Spider-Man's face and penetrate his mind through use of radiation and a larger six-armed model arguably stronger than any other created. While attached to Spider-Man's head, the miniature spider-slayer psionically connected to Spidey's mind, copied thoughts of his loved ones, and broadcast that information to all the other Mini-Slayers. Smythe gave Spider-Man the choice of either stopping them or preventing the Six-armed Slayer from destroying Jameson. Spidey eventually shut down all the Spider-Slayers at the same time, but it was Jameson who knocked out Smythe with a baseball bat for threatening his family. Smythe recently made another return in which he used a poisonous spider he made and attacked John Jameson, aka Man-Wolf and caused him to end up in the hospital.

Though he was dead, The Jackal did manage to use his body to make a clone. It was part of a plot to clone all of Spider-Man's friends, and foes. 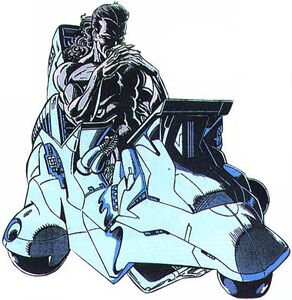 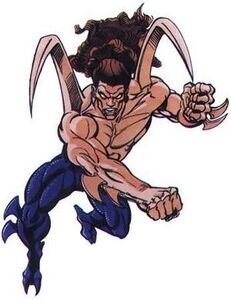 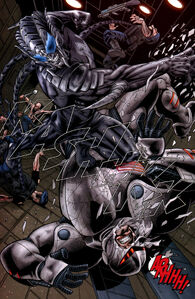 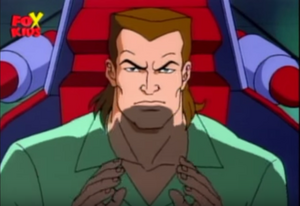 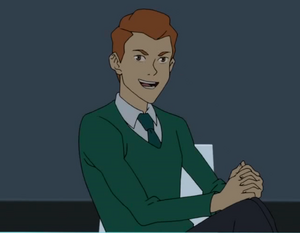 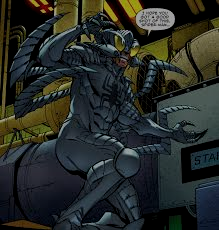 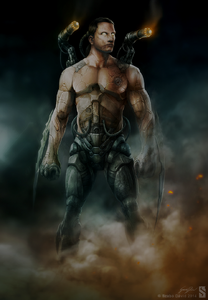