Duel Monsters at his command

Controlling other people to do their bidding.

Defeat both Yuma and Astral in order to obtain their Numbers and use them to destroy Astral World.

Alito (アリト Arito) is a character appearing in the Yu-Gi-Oh! ZEXAL anime. He is an Emperor from the Barian World, working to gather the "Numbers" to prevent his world's destruction. He was later brainwashed by Vector and Don Thousand and eventually absorbed. He and the other Barian Emperors were later revived following Yuma and Astral's final Duel.

He was voiced by Takahiro Hikami in the Japanese version, and by Marc Thompson in the English version.

In his past life he was a human who lived in Spartan City. He was the greatest gladiator to have existed, who battled using only his bare fists, and won every battle. Alito was a hero to many of the children of his time and they often cheered for him during his matches. Alito was also the friend and rival of the prince whom he battled with many times. Alito was framed by the people close to the prince, who saw the gladiator's possible victory unacceptable. Alito was placed under false charges, and despite his pleas of innocence and the prince defending him, Alito was banished as punishment. This came about because Don Thousand possessed the prince, who ordered Alito's execution. Thousand appeared to Alito and buried an "Over-Hundred Number" into Alito's chest. This was done in order to fill his heart with hatred and send him to the Barian World instead of the Astral World.

Alito shares a brotherly relationship with Girag and cares a great deal for him, even training together. They are occasionally prone to bickering, whether serious or otherwise.

Their relationship is so strong that Alito insisted on being the one to break Don Thousand's hold on Girag, even though he couldn't use his Number. While Girag was brainwashed by Don Thousand, he relentlessly attacked Alito with the effect damage of his Number. Nevertheless, once his true memories were revealed, Girag was upset that Alito was going to lose. However, Alito was happy that his friend had returned 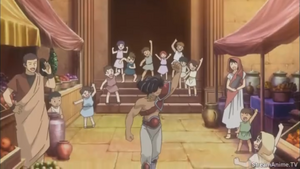 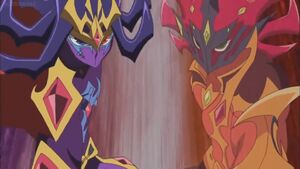 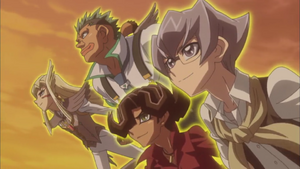 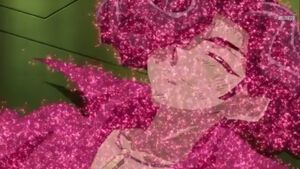