Allen Avadonia is the secondary antagonizing figure, supporting protagonist, and one of the central characters of the Vocaloid song series "Story of Evil", which has been expanded into the multimedia franchise The Evillious Chronicles.

He is represented by the Vocaloid Kagamine Len.

When he was a child, the prince Alexiel Lucifen d'Autriche and his twin sister Riliane were very close. One day at the beach, the two accidentally released a demon. Alexiel showed the demon kindness, and in return the demon told him that if one were to write a wish on a piece of parchment and send it into the sea in a bottle, the wish would be granted. After an attempt on Alexiel's life, Alexiel was pronounced dead to the public and was adopted by the captain of the guards, Leonhart Avadonia. Taking on the name Allen, he formed a bond with his new sister, Germaine Avadonia. However, after the death of the queen, Riliane rose to power and Allen came to work as a servant under her. Even after saving her life and gaining her trust, he went unrecognized by his sister.

While running errands in the city of Aceid, Allen met and fell in love with the beautiful green-haired Michaela. However, after Riliane's marriage proposal to Kyle Marlon was rejected because of his love for a green-haired girl, Riliane told the minister, Minis, to kill every green haired girl. Minis told her of a forest between the nations that would make it hard to invade, so she ordered it to be burned down. Allen visited Keel, Michaela's employer in the dungeon and told him about the situation. He found out Michaela's location and kept it a secret. He went to the well where she was hiding, and found himself unable to kill her or confess his feelings. He tried to get her to escape and she refused. When he went back to Rilliane, she states she did not think Allen would betray her. The maid, Ney Phutapie, told Rilliane of Allen's actions, and gave him a order in bottle to slay Michaela. Allen promised to obey Rilliane's orders desite his feelings, and set off. When he went to the well, he found her dying, having been stabbed by Ney Phutapie. He admits he was going to abandon his orders and run away as Michaela dies, and Allen blames himself and takes credit for her death.

After the genocide of the girls of green, Allen continued to serve until a revolution against Riliane (led by Germaine) began. The people demanded a new era of change and were set on capturing and executing Riliane for her crimes. Before the castle was attacked, Allen revealed that he was Riliane's brother to her, then demanded that they switch clothes. Riliane would dress as a servant and escape while Allen, looking the same as her, would pose as the princess and be captured himself. Riliane reluctantly agreed, and Allen was taken captive.

Days later, Allen was to be executed via beheading, with everyone believing he was Riliane. Still impersonating her, he went along with the sentence. His last thought was a wish that he and his sister could be together in another life. He was then beheaded and died.

Allen's spirit went to the Heavenly Yard and had encounters with gods and deities. He served as a watchful spirit over Germaine and Riliane. He later fell into a a decades-long sleep that ended with his reincarnation into a human boy "Kokutan-douji".

After the world was destroyed, Allen was sent down on the orders of Sickle the "sun god". He journeyed to meet Riliane only to find out she was possessed by Ma, (Mem Aleph), who had taken in seven demons to become a "Pure being". Ma wanted to use the seven souls in order to protect her own conscious, because she was born of the fusion of three souls, rather than her own. Forced to choose between the world or his sister, he decided to try to save both. He created a plan to end Ma and lure her out of Riliane. Ma possessed Nemesis's body, which was the last living person in the world, Nemesis's soul was placed in the Clockwork doll, though her original identity was actually one of the twin dragon "gods", Levia. Breaking the contract with Seth, Nemesis's body fell from a great height with the theater's fall, ending humanity. Allen and Rilian then preformed Re_Birthday, recreating the world.

Allen appears as a thin boy with bright blond hair and blue eyes. He usually wears a black and yellow suit or a dark brown cloak that hides his face. 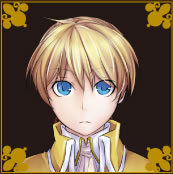 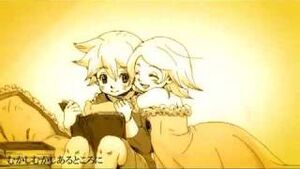 Allen and Riliane as children 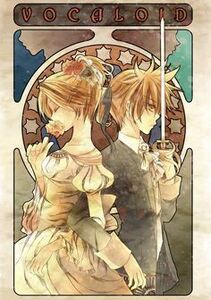 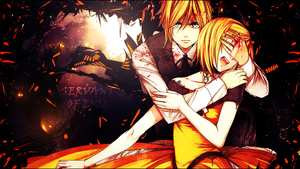 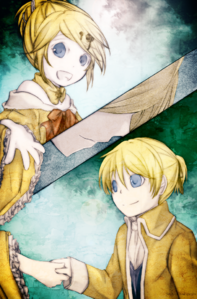 Allen and Riliane as kids. 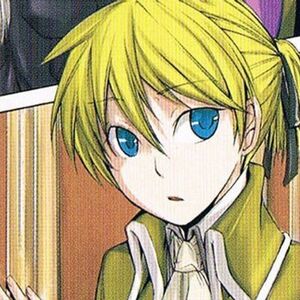 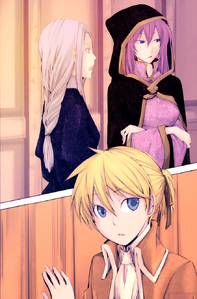 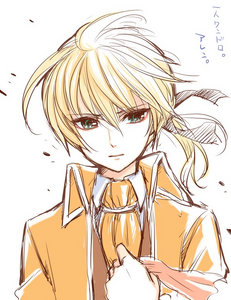 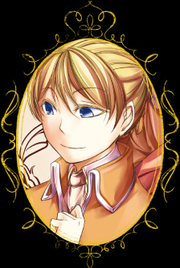 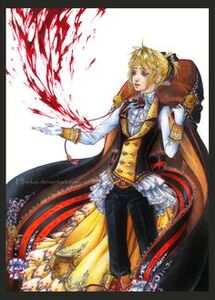 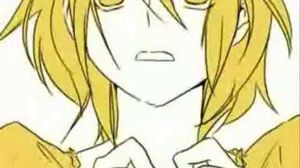 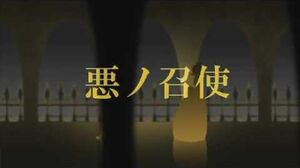