Get revenge on Shawn, Gus, and Juliet (failed).

She was portrayed by Mena Suvari.

Allison Cowley is a young woman who at some point, formed an alliance with Mr. Yin after Mr. Yang betrayed him. They work out a plan and she goes to the Santa Barbara police station where she pretends to have escaped from Mr. Yin. She led the police to the house where she claimed that she was held captive in, only to discover that it was occupied by an innocent family. After still managing to convince them that Yin is after her, Shawn took Allison to his house to keep her safe. However, Allison later pretends to be abducted from Shawn's old bedroom, with the Yin and Yang symbol left as a calling card.

While watching a videotape featuring Mary Lightly (made before his murder) discussing Yin (among other subjects), Shawn and Gus see footage of Allison held captive in what is revealed to be an attic in Yin's own home. Shawn and Gus rush to Allison's rescue, only for the "hostage" to  reveal that she is Yin's new apprentice, and that this was an orchestrated trap set to catch the pair. Allison easily breaks free of her handcuffs and points a shotgun at Shawn and Gus, all the while boasting about her ruse as she led them to Yin.

Allison is later sent away by Yin and encountered Juliet; giving a fake sob story about her "abduction." She slips up and mentions Shawn and Gus being in the house, leading to the villainess fighting with Juliet. Allison is defeated by Juliet and is arrested, but as she is driven away, Allison gave an ominous stare at Shawn and Gus.

Seven years later, Allison gets out of prison by having her apprentice known as the Thin White Duke  presenting evidence that Juliet did not follow certain procedures when arresting her. She also forms an alliance with the Black Gentleman Ninja and Heather Rockrear-ploting revenge against the whole gang, specifically Juliet for fighting her. At the beginning of the film, she has her men shoot Juliet's new partner to death to begin her revenge.

She later has the Thin White Duke kidnapp Chief Karen Vick's young daughter and had her tied next to a bomb at Alcatraz. When the Thin White Duke manages to lure Karen, Juliet, Shawn, Gus, Henry, and Woody there, Allison declares herself once she shoots the Duke to death from behind because his accent annoyed her. She then tells them they have 20 minutes before the bomb goes off. She then has her henchmen attack them all while she personally fights Juliet one last time. The Black Gentlemen Ninja takes on Shawn and Gus, while Heather brutally beats Henry and Woody. Juliet once again fights and Allison and mages to overpower her and knock her out. Henry and Woody manage to do the same to Heather, and help Shanw and Gus take down the Black Gentleman Ninja. Both Karen and Juiet  manage to save Karen's daughter and both Allison and her henchmen are arrested. 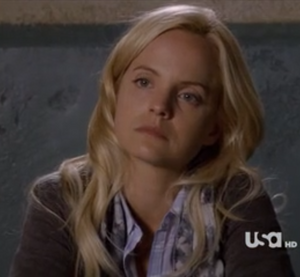 Allison at the police station. 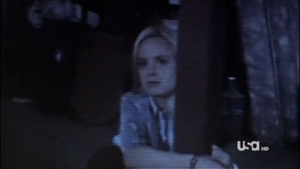 Allison pretending to be held captive by Yin. 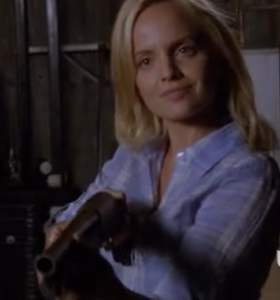 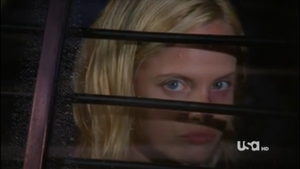 Allsion glaring at Shawn and Gus as she driven to jail. 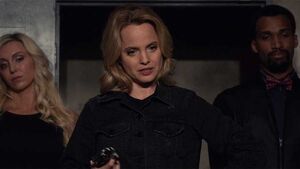 Allson reveals herself in Psych: The Movie.