Attack and destruction immunity
Unfreeze itself with its glowing eyes

To help Yggdrasil "purify" Meicoomon in order to restore the human and the digital world.

Dark Knight
Alphamon is the Mega level of the Dorumon digivolution line in the Digimon franchise. Alphamon is also the absent leader of the Royal Knights, a group of thirteen powerful Digimon that serve as protectors of the network. His second-in-command, Omnimon, rules the group in his absence. He also serves as a major antagonist in Digimon Adventure Tri.

Alphamon Ouryuken takes the base Alphamon and adds majestic, feathery wings out of the protrusions on its back.

Alphamon acts as the main antagonist of Digimon World DS, where he goes by Unknown-D. He disapproves of humans taking care of Digimon as Tamers because he believes humans make Digimon weak. To carry out his plans he seeks the legendary Digimon, Chronomon but it turns out to be a force that he cannot control.

Alphamon appears as a boss alongside Omnimon and Gallantmon in Digimon Story: Cyber Sleuth, and can be unlocked by digivolving from DoruGreymon. A female Alphamon also appears as one of the game's main protagonists.

Alphamon's hand is later seen at the end of the Kuwagamon battle, where he crushes the final Kuwagamon from within the Digital World.

Alphamon finally makes a full appearance in the real world at the end of the movie, attempting to hunt down Meicoomon and prompting Tai and the other Digidestined to come to its rescue. Eventually, WarGreymon and MetalGarurumon DNA-Digivolve into Omnimon, who, after a brief clash, makes Alphamon retreat back to the Digital World.

When the DigiDestined arrive in the rebooted Digital World, they see Alphamon fighting Jesmon.

But she is still hit by the attack and loses her consciousness. Jesmon frees himself from the grip of Alphamon and flings him to the ground.

Alphamon doesn't makes appear in final movie, it is implied to still be at large after King Drasil is shut down by Homeostasis. 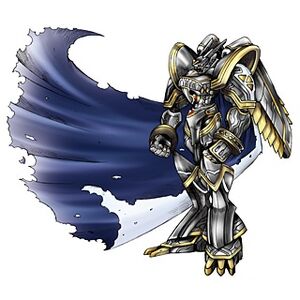 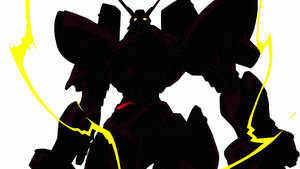 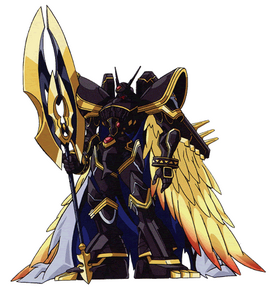 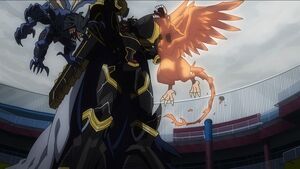 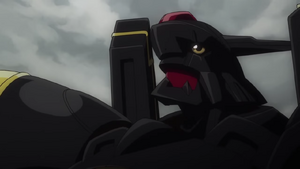 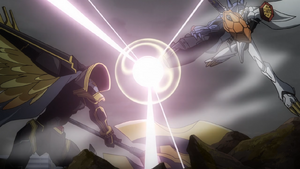 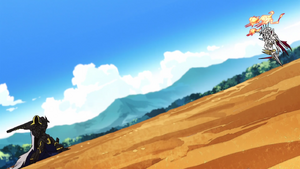 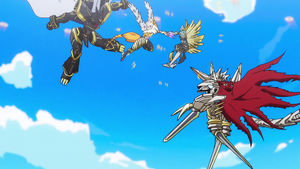 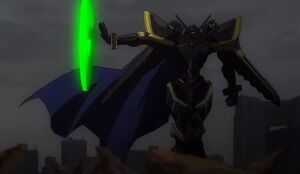 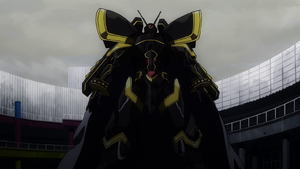