Villains Wiki
Register
Don't have an account?
Sign In
Advertisement
in: Mature, Articles under construction, Video Game Villains,
and 30 more

Member of the Goth Punks

Help with the shooting (mostly succeeded).

Homicidal Psychic
Alucard is one of the three secondary antagonists (alongside Hanzou and Cyclops) of Pico's School. A kid with telekinetic powers, he is one of the Goth Punks.

Alucard has gray skin, black, messy hair, and black glasses. He wears a black shirt that is covered by a light blue scarf, black pants, and black shoes.'

Alucard usually quiet, someone who is lurking in the backgrounds, not really having that much friends even though He has Powers. But it threatened, He panicks and goes hostile to the person.

In Pico's School, Alucard would appear as the start of the game and has the stole the key to trap many students. He was introduced Pico by Casandra, who states they don't know each other and thought Pico was just popular. Once Casandra finishes and leaves and if Pico has a gun on him, a battle will begin.

In battle, Alucard will have a psychic barrier around him, and mainly attack by throwing corpses. After throwing three bodies, Alucard will drop his shield, allowing him to be shot. Starting from when he has half of his health remaining, he will start dropping chairs on Pico as well.

Once he is defeated, Alucard will cowardly hide behind some chairs, giving Pico the school key and demanding the hero leaves before he sues him for harassment. The player can choose if they agree to Alucard's terms or shoot him down figuratively and literally.

Alucard would be a playable character in the closed online Pico Roulette game.

In Pico's School: Love Conquers All, Alucard is seen in the 2nd classroom. When Casandra and Pico talk to him, the reason why He was upset was because his father experimented him when he was a baby, which gotten his father in prison (where he got his Telekinesis from). And his father only cared about his Telekinesis skills and doesn't see him as son, only a experiment. He join The Goth Punks because of the feeling that his father didn't care about him truly, Pico talks to him about it and says he will about it to his Alucard's Father. 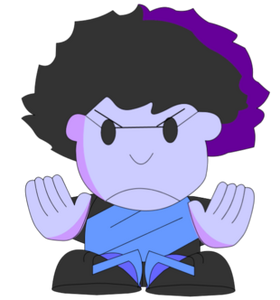 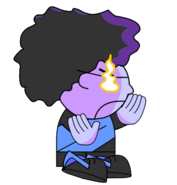 Alucard getting mad if the player didn't die in Pico Roulette.