Complete his role in Tosca (failed).

Alvaro D'Alvade is one of the targets in the Hitman: Blood Money mission "Curtains Down." He is killed along with his implied lover, Richard Delahunt, while performing Tosca.

Alvaro D'Alvade is an Italian tenor, being renowned for his singing ability but also being blacklisted by many theaters for being difficult to work with as well as the growing accusations of him being involved in a child prostitution ring.

In reality, the rumors are true, as he and his lover, Richard Delahunt are using their wealth and connections to abuse children underneath the public eye. The ring is known of, only not being followed farther due to the "suicide" of a thirteen-year-old girl who was going to testify against D'Alvade. His relationship with Delahunt is also an open secret, as the two are inseparable.

He is canonically killed by a gunshot from a pistol that was assumed to be a prop. Delahunt is promptly killed by a falling chandelier, courtesy of 47.

D'Alvade is a sadistic pedophile, kidnapping and raping countless boys and girls while hiding behind his public persona as an actor. He is known for being short tempered, difficult to work with and being a perfectionist, leading to him being despised by anyone who works with him. His only friend is Richard Delahunt, the US ambassador to the Vatican, who assists him in his child trafficking ring. The two of them are heavily implied to be in love, as shown when Delahunt becomes hysterical if he witnesses the tenor's timely demise. 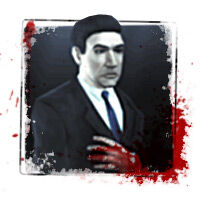 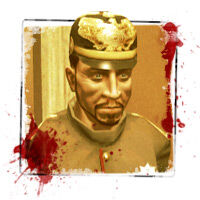 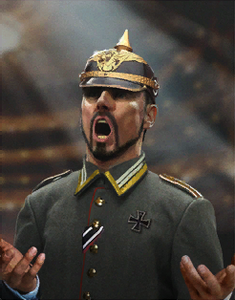 Alvaro D'Alvade at the Near Pure Evil Wiki