Experimenting with the Lockseeds on children.

Gain the power to control Helheim.

Elderly Businessman
Amagi Kureshima is an executive of the Yggdrasill Corporation who is also the father of the Kureshima brothers and a posthumous antagonist in the Kamen Rider Gaim Gaiden movie series.

He was played by Minoru Terada, who previously portrayed Ryubee Sonozaki in Kamen Rider W and also voiced Colonel Muska in Castle in the Sky.

An influential executive of the Yggdrasill Corporation, Amagi was in charge of the Yggdrasill-run Zawame Child Care facility where orphaned children were raised to become future Yggdrasill workers. Amagi oversaw experiments on young children to grant them the power to control Helheim Forest. Among the children raised and experimented on in the facility was Touka Akatsuki, whom Amagi would later hire on as a maid and who would become close with his eldest son Takatora, and Ryoma Sengoku who would also befriend Takatora and later go on to conduct experiments in the Child Care facility as well.

In one experiment, Amagi had his researcher Kugai Kudo test out the Zakuro Lockseed that Ryoma had just developed. However, the experiment went wrong and sent Kudo into limbo.

He was later killed by Touka Akatsuki after she became Kamen Rider Idunn, in retribution for the brutal experiments he had performed on her. 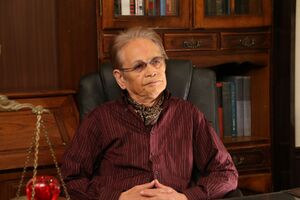 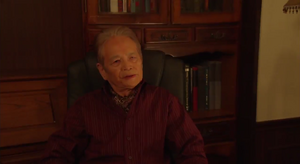